WATCH: “Dublin You Are” poem shows city’s “grime and glory”

Artists capture “the good the bad,” “the successes and the failures” and the beauty of this fair city. 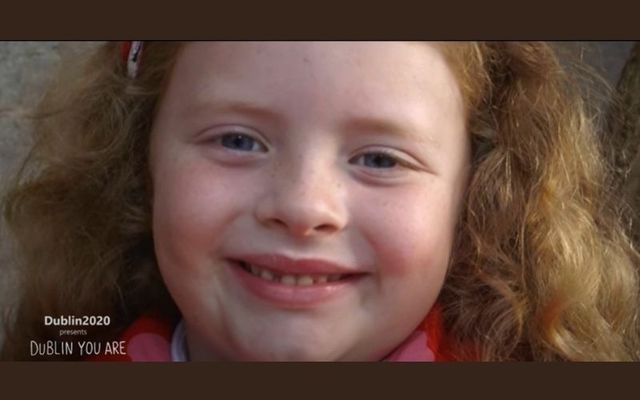 "Dublin You Are": Artists capture “the good the bad,” “the successes and the failures” and the beauty of this fair city. Dublin City Council Culture Company YouTube

In 2020, the city of Dublin released a striking video of the city set to an amazing poem as part of their campaign for the title of European Capital of Culture.

This video, created by Dublin2020, went viral in the last hurrah of the campaign. Poet Stephen James Smith, a native Dubliner, manages to cram mentions of every nook and cranny of the fair city in the poem.

From the Anglo Saxons, Silicon Docks, flowers sellers to ice cream at Teddy’s in Dun Laoghaire the poem will strike a chord with anyone who knows the city.

As the Dublin2020 campaigners put it themselves put it “The video captures the good and the bad of Dublin, the successes and the failures, the community, and the divide...It is “a visual representation of what Dublin is today, a portrayal of the city’s grime and glory.”

James Smith is a Dublin poet and playwright central to the rise of the vibrant spoken word genre in Ireland today. The “Dublin You Are” project is a collaboration between a number of Dublin-based artists, Dublin2020, and the people of Dublin: LINGO festival, especially Aoife Dooley, Wissame Cherfi, Aidan Kelly, and Derek Kennedy.

Each year since 1985 the European Union designates one or more cities as a European Capital of Culture. In 2010 Croatia and Ireland will host the event in 2020. On November 13. 2020, Limerick was named as Ireland’s winner.

Here is the text of “Dublin You Are,” by Stephen James Smith:

Dublin you are grey brick upon brick,

full of tarmac and hipster pricks?

Just face it all other places Pale in comparison,

you are more than some former Saxon garrison.

Dublin your warmth came too late for John Corrie.

Dublin are you even sorry?

Dublin you are divided by more than the Liffey,

You said YES to equality

and it’s about Blooming time.

Yet Dublin you always Proclaimed to cherish all!

Dublin your Panties are on Capel Street

Dublin you are more than a settlement on the Poddle,

But Dublin what’s the craic with coddle?

It’s shite, why don’t we just admit it!

Dublin you brought back Sam again, but

Dublin when did you go from,

the clash of the ash, to exchanging gold for cash?

and 180 other tongues your citizens are using to name ya...

So céad míle fáilte to all.

Dublin where power is held by too few in the Dáil.

Dublin when will you revolt again?

despite the 50ps & milk bottles.

Dublin you’re mine, but I’m happy to share you.

No longer the 2nd city, yet you play 2nd fiddle

Dublin look at yourself.

are an excuse for a solution.

Dublin c’mere ‘till I tell ya

you can be more than,

Dublin I cry for ya!

yet full of the softness of all of the people on your streets.

Pat Ingoldsby with his poems on Westmoreland Street,

and your Mollys, Malone, Ivers & Bloom.

From the gospel of Kelly, Drew, McKenna, & Sheahan,

Two Gallants reJoycing, and Evelyn looking out to sea.

Snow falling slowly on The Dead in Glasnevin

Glen & Markéta Once strolling, (I think this was changed but not sure!)

Maureen O'Hara and enchanting other.

Dublin you are boom & bust,

Dublin can I trust you?

Dublin you are Bang-Bang, 40 coats,

Dublin you are all of us,

and all who are yet to come,

so let's go to the Gravediggers and have a pint.

Dublin remember Stardust and all your waltzing lovers.

Dublin Big Jim’s arms are outstretched to a Risen People,

yet are we under the thumb again?

Dublin your GPO columns are scared from The Crackle of gunshots.

Dublin your CCTV will never yield your essence like the shots

of Arthur Fields Man on Bridge.

You are the Poolbeg Towers,

and the poor shower

Dublin you’re all talk, yet you have my attention,

from Robbie Keane to Paula Meehan.

Dublin’s Calling, ohh ahh Paul McGrath, while some say Up The RA

and finally to Rosie Hackett!

The Big Issue on your streets,

while Daffodil Mulligan was played to bodhrán beats.

Dublin you are full of Polish

and now the Chinese

have turned Parnell Street into Chinatown,

Dublin don’t let them down.

Dublin don’t forget ‘no blacks, no dogs, no Irish’,

Dublin perish the thought of you being racist.

Dublin Cú Chulainn has fled the GPO, and heading for Monto.

Dublin your bay embraces despite the Sellafield Sea,

and your mountains frame all your natural beauty,

Dublin you’re European, but could be Craggy Island in disguise?

Gabriel Conroy is heading west because of an epiphany.

Just sayin’ Dublin you only painted your post boxes green!

Is The Abbey doing all you’d dreamed?

Dublin you are Notorious for clampers, Senators & seagulls,

take me for a Teddy’s and a romantic stroll down the pier...

a dancing place, a sprawling space

of villages and many faces on the edge

of an island that’s eroded by the Atlantic,

battling with being romanticized,

Dublin are you dynamic?

Changing for the better?

We live in you,

Most of the time,