The Irish American actor was tricked into buying fake Statue of Liberty tour tickets for his family in NYC on Sunday, according to a post on his Instagram account. 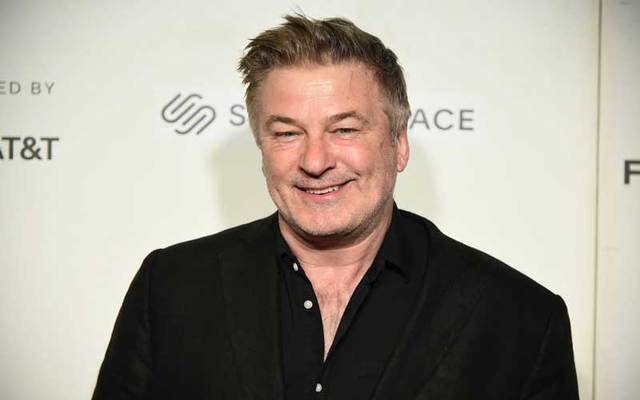 The 61-year-old Irish American actor purchased the phony tickets - which cost $40 each - for himself, his wife Hilaria, and their four youngest children - daughter Carmen and sons Rafael, Leonardo, and Romeo - after arriving in Battery Park on Sunday, Daily Mail reports.

Baldwin posted a photo of the bogus tickets on Instagram when he realized the tickets were actually for a shuttle bus to New Jersey.

“I kid you not. We paid. Then we read the tickets. NO [ONE] EVER MENTIONED NEW F***ING JERSEY!!! This is a scam.Take the SI Ferry. It’s the best ride in NY,” wrote Baldwin, who has lived in New York for many years.

So, we head to South Ferry. Me and @hilariabaldwin Two sharp, savvy NYers. Kids in tow. We buy the tickets for the “boat tour” of the Statue of Liberty. We are escorted to a shuttle bus. To New Jersey! I kid you not. We paid. Then we read the tickets. NO ON EVER MENTIONED NEW F***ING JERSEY!!! This is a scam. Take the SI Ferry. It’s the best ride in NY.

The Statue of Liberty tour scam is one that has been run by hustlers in New York for decades.

According to NY’s Department of Transportation, the “one hour tour” tickets Baldwin purchased would have first involved a three-hour coach ride through the Holland Tunnel to Liberty State Park in Jersey City, where tourists would board a boat that is not allowed to let them off at the Statue of Liberty’s Liberty Island in New York Harbor.

The boat, named “Queen of Hearts,” is owned by a company called Freedom Cruises, which was banned from New York’s Pier 36 in 2018 for its hawking habits, and one of the shuttle buses is owned by Sphinx Transport, which does not have a permit to operate in lower Manhattan, Daily News reports.

There are large signs around Battery Park warning tourists to not purchase tickets from unofficial vendors.

🗽(we didn’t want to bring Romeo on the deck because it was so windy...so he is sadly missed from the photo)

“Illegal vendors in and around Battery Park are NOT authorized to sell tickets to Statue of Liberty,” the signs read.

Statue Cruises, which charges $18.50 per ticket, has an exclusive contract with the National Park Service and is the only company allowed to take visitors to Liberty Island.

It is surprising that Baldwin, a long-time New Yorker, would be tricked by such a scam, but he and his family made the best of the situation by jumping on the Staten Island ferry - which is free.

Baldwin's wife, Hilaria, later posted a photo of the family - minus 11-month Romeo - on the deck of the ferry.