Amazing video looks inside the most culturally diverse town in Ireland

In the 2011 census, Ballyhaunis recorded a massive 42 percent foreign national population; approximately two thirds of the children in local school speak a language other than English when they’re at home. 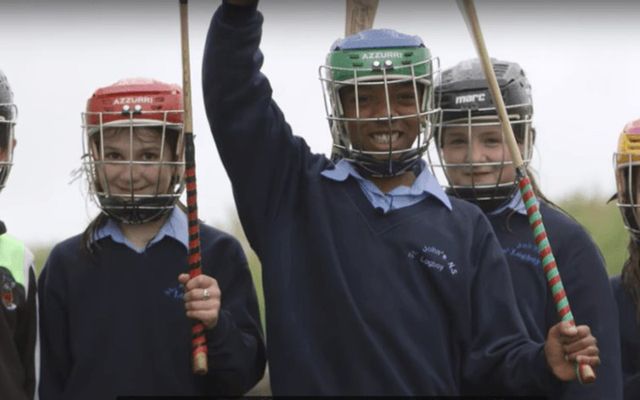 At first glance, Ballyhaunis in Co. Mayo may look like any other rural Irish town. It's a town with a love for GAA, struggling against the tide of emigration, but while the local hurling club tries to boost its membership, they give the rest of the country and the world some food for thought on the best ways to integrate new arrivals to the town into the community.

In the 2011 census, Ballyhaunis recorded a massive 42 percent foreign national population. Approximately two thirds of the children in local school, Scoil Íosa, speak a language other than English when they’re at home. As is the case in many other rural Irish towns in the west of Ireland, young Irish people are choosing to move to foreign soils, yet steady waves of immigration from the 1970s onward has seen Ballyhaunis became one of the country’s most ethnically diverse towns.

And the efforts of this town to celebrate its immigrants and to keep them all together as one large community have now come to the attention of the world in a heartwarming short documentary that was recently featured in the British newspaper, The Guardian. The film examines the Ballyhaunis GAA club and its multi-cultural line-up.

I don't think I have ever seen a better depiction of what the GAA is and can be. So proud of Ballyhaunis: https://t.co/IYUZUXtc59

“Pitching Up” meets with hurling coach and local Garda Darren Conlan, who teaches young immigrant arrivals to the town how to play GAA in order to help them feel like a greater part of the community.

Shot by documentary filmmaker Maurice O’Brien, the concept for the film was based on a 2015 Irish Times article by Eoin Butler. He was struck by the incredible job the Co. Mayo town has done bringing everyone into the fold, from the wave of Pakistani and Syrian Muslims who began moving to the town in the ‘70s, to the current wave of asylum-seekers relocating to the town.

“I think personally, it really captures the flavor of what a GAA club is all about,” Conlon told the Mayo News of the film.

“As I said to people, that is real life Ballyhaunis, none of it was staged just for the documentary purposes. I don’t want to downplay this or anything, but there is no big deal in Ballyhaunis. This is real life and on-going and that is what I really feel he [Maurice O’Brien] captured. It is amazing to see what people have been saying online about it.

A small town thinks big and shows everyone else the way. This shows the best of us. Up #Ballyhaunis, up #Mayo. https://t.co/6niI1sFgGu

“People that have no connection with the GAA or never even heard of Ballyhaunis are saying that it’s amazing. There is huge pride for the town and the club in that.”

A prime example of the level of this integration is 23-year-old student Hassan Iqbal, who moved from Pakistan to Ireland when he was seven and began playing hurling at 11. He hasn’t looked back since. He proudly sports a strong Mayo accent. He has represented Mayo in GAA at the underage levels. He stays true to his Muslim faith by not drinking like others on his team may do but fully engaging in his local community through sport.

Ballyhaunis was, in fact, the location of the first purpose-built mosque in Ireland in the late 70s where the local Muslim community still gather to pray, when they’re not gathered at the sidelines supporting their local teams, that is.

The town also experienced an influx of immigrants from Eastern Europe during the Celtic Tiger years. Today an old convent serves as a Direct Provision base as a center for the much criticized asylum-seeker program. Often heralded as the Magdalene Laundries of our time, those within Direct Provision are not allowed to work or receive social welfare but are instead left for years with full-board in these centers attempting to survive on allowances of €19.10 per adult and €9.60 per child per week.

While gathering at the pub is a social institution for many Irish people, many of the communities moving into Ballyhaunis cannot do the same either because of their faith or because they simply can’t afford it. And so the importance of the local GAA club and its impact in allowing everyone from local kids to asylum-seekers on Direct Provision to take part is demonstrated through flags you wouldn’t even recognize as they are proudly walked across the pitch on “Integration Day.”

“I don’t want people to think that it is Nirvana here and that it is all very fairytale, because it is not. We are a real life working club” Conlan states.

“But what is going to happen now, is that film is going to be shown to the new residents that arrive and hopefully it will show them that this is only up the road here, and the gate is always open.”

You can watch the full documentary here: