The Co Tipperary castle has been a location for many movies and television shows through the years. 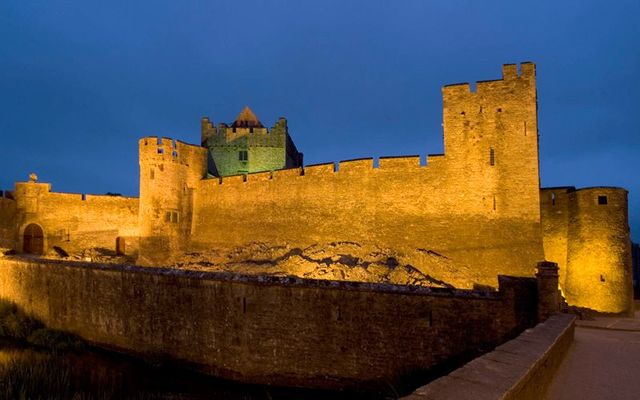 Cahir Castle has been a location for many movies and television shows through the years, including "The Tudors" and "Excalibur."

The site was nominated for the recent award by Screen Ireland for the movie "The Green Knight," reports Tipp FM.

The castle was up against four other locations with a public vote resulting in the 700 year old castle taking the prestigious European Film Commissions Network Location Award 2021.

Local Senator Garret Ahearn recognized the achievement, saying:  “Cahir was up against such strong competition – the likes of Berlin where 'The Queens Gambit' was filmed, Croatia, Norway and Malaga where the fourth season of 'The Crown' was filmed.

“So this was no easy feat and an awful lot of the credit has to go to (site manager) Eleanor Morrissey at Cahir Castle and we have to thank everyone who voted for Cahir Castle.

“This is a huge achievement for the region and for Cahir in particular.”

Cahir Castle is one of the biggest and best-preserved castles in Ireland. It stands on a rocky island on the River Suir.

According to Heritage Ireland, the castle was built in the thirteenth century and served as the stronghold of the powerful Butler family. So effective was its design that it was believed to be impregnable, but it finally fell to the earl of Essex in 1599 when heavy artillery was used against it for the first time. During the Irish Confederate Wars it was besieged twice more.

At the time of building, Cahir Castle was at the cutting edge of defensive castle design and much of the original structure remains.