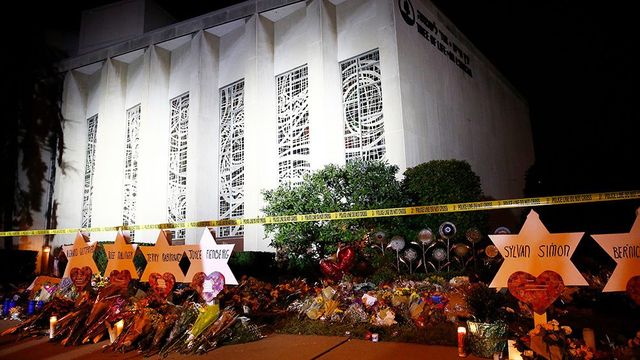 The Tree of Life synagogue, in Pittsburgh. YouTube / Variety

Stripe, owned by Limerick brothers John and Patrick Collison, has suspended its payment service to Gab, the social media platform used by Robert Bowers who murdered 11 people in the anti-Semitic Pittsburgh attack.

In the wake of the Pittsburgh synagogue shooting, Irish tech company Stripe is one of several companies suspending its service to social network Gab as it came in breach of terms of service.

On October 27, Robert Bowers, a verified Gab user, opened fire in the Pittsburgh Tree of Life synagogue killing 11 people and injuring six others. During his attack, he shouted anti-Jewish slurs and allegedly told police after he surrendered that "all Jews must die."

Bowers's posts to Gab reportedly echoed the same sentiment, especially the chilling message he posted right before his Tree of Life synagogue attack:

“HIAS likes to bring invaders that kill our people. I can’t sit by and watch my people get slaughtered. Screw your optics, I’m going in.”

Bowers now faces 29 federal charges, some of which are charges for hate crimes.

Gab, initially meant to be an alternative to mainstream Twitter, has been slammed for not doing enough to quell what some are calling hate speech on the site. A sort of haven for conservatism and right-wing voices, Gab and its CEO Andrew Torba insist the site is a protector of free speech.

Stripe, founded by Limerick brothers John and Patrick Collison which is headquartered in California, now joins other tech companies such as Joyent, PayPal, and GoDaddy in suspending Gab from their services, ultimately forcing the social media site offline.

Earlier in October, prior to the Pittsburgh attack, Stripe had slated Gab when the Irish tech firm accused Gab of hosting adult-only content, a violation of Stripe's terms of service.

Stripe is being very silly here. The real reason they want us gone is because left wing hall monitors are whining on Twitter which the media hall monitors are then writing about in the “press.” So Stripe is caving to this pressure. What else will they cave to?

On October 28, the day after the Pittsburgh attack, Stripe said Torba had not “provided us sufficient evidence that Gab actually prevents violations of our policies," reports  The Irish Times.

BREAKING: @stripe is likely going to ban us. We gave them plenty of documented and detailed evidence. The no-platforming continues. pic.twitter.com/HQq5YSCaJN

“If there’s more information you can provide on how exactly Gab will moderate its platform for adult content and other violations of our ToS [terms of service], we’re open to having a phone call this week to discuss,” Stripe said in an email to Gab.

Stripe has not commented publicly on the issue, saying it does not comment on individual cases. It is not clear whether Stripe's suspension to Gab is directly related to Bowers's attack, the alleged posting of adult-only content, or a combination of both.

In the aftermath of Bowers's attack, Gab said they backed up the gunman's online data, then removed it from the platform and cooperated fully with law enforcement.

On Monday, October 29, after Gab was fully de-platformed, a message by CEO Andrew Torba was posted on Gab's homepage which in part reads:

Gab has spent the past 48 hours proudly working with the DOJ and FBI to bring justice to an alleged terrorist. Because of the data we provided, they now have plenty of evidence for their case. In the midst of this Gab has been no-platformed by essential internet infrastructure providers at every level. We are the most censored, smeared, and no-platformed startup in history, which means we are a threat to the media and to the Silicon Valley Oligarchy.

At the time of posting, Gab remains offline, though @getongab on Twitter remains very active, detailing their fight to come back online.

Do you think Stripe and other tech companies were right in pulling their service to Gab? Let us know in the comments