Post-Brexit American buyers cashing in on property in Ireland

Twenty-percent of overseas inquiries into Irish property are now coming from America. 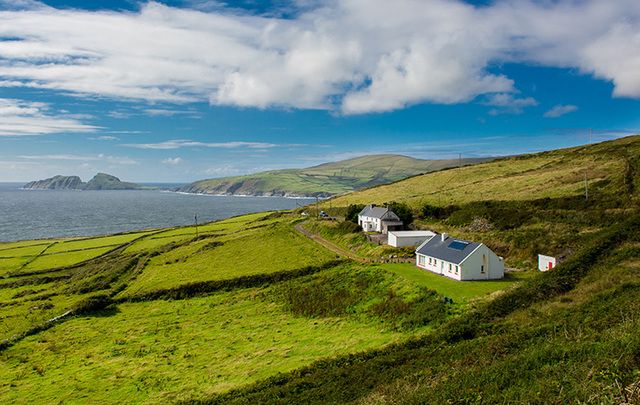 Twenty-percent of overseas inquiries into Irish property are now coming from the United States. iStock

Almost 20 percent of overseas inquiries about Irish property are now coming from America.

According to the Real Estate Alliance, which carried out the survey, the number of Americans inquiring about property in Ireland two years ago was at “a negligible base.”

The Brexit vote, and the subsequent fall in the value of sterling (Britain's currency) has led to a 32 percent fall-off in the number of property inquiries from the UK during the past year, a national estate agents' survey has found.

“Property buyers from the US are increasingly securing homes and investment properties in Ireland, buoyed by a strong dollar and the lure of a resurgent economy for emigrants,” said REA chairman Eamonn Spratt.

Overseas calls now make up 18 percent of all inquiries across the REA group. REA agents report a rise in sales instructions from Europe, consisting of a mix of Irish emigrants and holiday-home owners who feel that they are now clear of negative equity.

The survey found that 29 percent of overseas buyers are purchasing a home for their retirement and 16 percent are purchasing as an investment, down from 20 percent in 2015.

Real Estate Alliance is now planning an Irish Property Exhibition in Boston so that Irish vendors might take advantage of the market.

List your property with us and we will market your propety in Ireland and abroad. Find your local agent on https://t.co/uSW6g9jugY pic.twitter.com/r2j9b2Tm8p

“Our agents report that inquiries from the UK have dipped by a third since the Brexit vote, and the attendant fall in the value of sterling against the euro.

“But while the UK still forms 37 percent of our overseas business, 19.6 percent is coming from the US, 18 percent from Australia, 15 percent from mainland Europe and 11 percent from other locations – especially Canada.

“78 percent of our members report an increase in inquiries from overseas in the last year, with the average agent seeing a 22 percent rise in calls from outside Ireland.

“The biggest rises were seen in calls from Irish emigrants planning to return from Australia, which increased from 11 percent in 2015 to 18 percent in 2016.

REA is one of the first groups to pioneer Irish sales in the US. They are bringing thousands of properties to Boston, giving a host of US buyers the chance to browse in comfort and talk to the experts on the ground. The exhibition will take place in the Lenox Hotel, Boston on March 23, from 5 to 8 pm.

“Last year we brought the first Irish property exhibition to the US and met with 425 potential buyers in New York,” said Spratt.

“5 percent of attendees were searching for a holiday home and another 3 percent were keen to buy a second home with ties to family in Ireland.

“A survey of attendees also found that 16 percent were investors while 8 percent were US-based people who have homes in Ireland and were looking for them to be either sold or managed.”

Read more: Heir to the Guinness fortune puts the family’s ancestral home up for sale