The MMA star recently bought a Dublin pub for €2 million and has enjoyed it so much he's thinking of expanding and heading overseas. 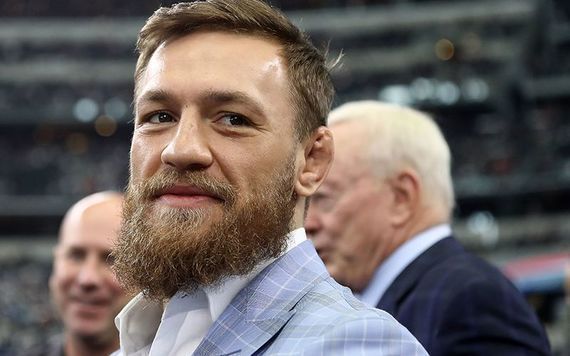 McGregor is the highest-paid athlete in the world, according to Forbes. Getty

UFC star Conor McGregor has announced plans to invest in several Irish and international pubs, revealing that his recent acquisition of the Black Forge Inn, in Dublin, is "only the beginning" of his career as a publican.

Conor McGregor bought the Black Forge for a reported €2 million last year and has invested another €1 million in his hometown, Crumlin, venue ahead of its reopening in July.

McGregor said that he has enjoyed the process of owning the pub and that it has inspired him to expand his career as a publican.

"With the enjoyment I have had, and am having throughout this whole process, I definitely feel this is only the beginning for me as a publican," McGregor said in a statement to the Sunday Business Post.

"Ireland’s public houses are renowned worldwide and it is a great honor to have my own representation now in the mix. I will explore other venues across Ireland and overseas for sure.

"I am passionate about hospitality and entertaining, and with the Black Forge I am only beginning."

In April, McGregor confirmed plans to buy the Marble Arch, in Drimnagh, for between €1.5 million and €2 million. The MMA star was previously fined €1,000 for assaulting a customer at the Drimnagh venue in April 2019.

McGregor also recently sold his majority stake in his Proper No. 12 whiskey brand to Proximo Spirits for a reported €130 million earlier this year.

The Dubliner's business ventures have helped him bring in earnings of $180 million over the past 12 months, making him the highest-paid athlete in the world, according to Forbes Magazine.