Virtual reality experience allows yet another level of immersion for those interested in what Ireland has to offer. 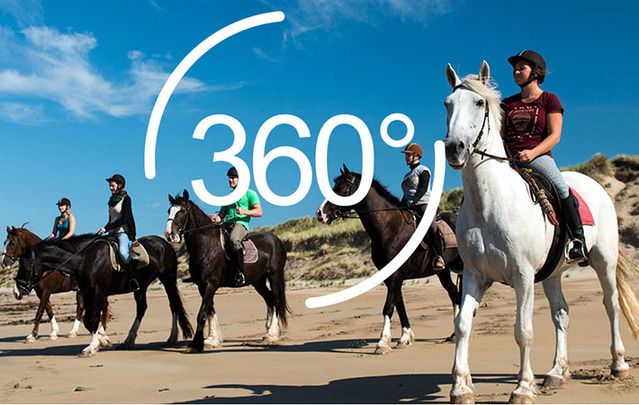 Ireland’s tourism authority has just launched 360° videos of stunning sights along The Wild Atlantic Way. This technology allows viewers to click and drag, within the footage, to view the experience from a different aspect.

The virtual reality experience allows yet another level of immersion for those interested in what Ireland has to offer or those who are planning a trip along Ireland’s west coast.

The video above, of horse-riding on Streedagh Beach close to Grand in County, Silgo, was taken by Ursula Schweizer O’Connor from Island View Riding Stables. Her video takes in the vast expanse of Streedagh Beach in Sligo, one of the most stunning stretches of sand in a county famed for its beaches.

The setting is breathtaking and in the backdrop you can spot the distinct shape of Benbulben Mountain, a sure sign you’re in the homeland of Irish poet W.B. Yeats. This area is steeped in history as well as literary lore. Just a few miles off shore the wreck of three galleons that were part of the Spanish Armada of 1588 lie in a watery grave.

These amazing 360° videos released by Failte Ireland allow viewers to tap, click or drag the video to change their viewing angle and see what’s happening around them, giving the viewer an almost life-like experience. These can be viewed on desktop and mobile websites as well as on VR Headsets, Google Cardboard.

Already the first of the 360° videos promoted publicly, Surfing at the Cliffs of Moher, has generated 150,000 views amongst potential visitors.

The VR and 360° experiences were commissioned by Fáilte Ireland and filmed earlier this year using a combination of drone; custom built mounted back packs and gopro equipment to truly give this immersive perspective.