Where you should celebrate St. Patrick's Day in Boston

A lineup of all the fun, entertaining events taking place in Boston this St. Patrick's weekend. 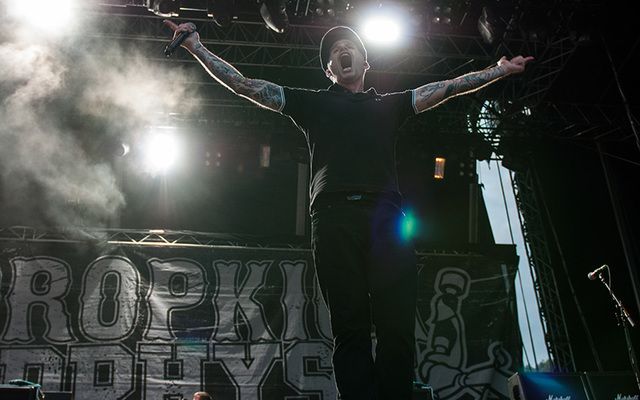 A lineup of all the fun, entertaining events taking place in Boston this St. Patrick's weekend. WikiCommons

While Chicago, San Francisco, and New Orleans all had their main celebrations last weekend, Boston is holding its own St. Patrick’s Day weekend after the main event itself kicking off later this week and carrying on right through until next Monday.

Here is IrishCentral’s top picks of places you should celebrate St. Patrick’s Day in Boston:

The Irish Heritage Trail is the perfect way for visitors to the city and Bostonians alike to not only celebrate the Irish national holiday but also learn plenty about the city of Boston.

Running from the beautiful Rose Kennedy Rose Garden in the North End and stretching across more than 3 miles of Downtown Boston and Back Bay before ending at Fenway Park, this self-guided tour allows you to celebrate the incredible contribution of the Irish to Boston, one of the most Irish cities in the US.

Over the course of three centuries, the Irish and their descendants have played an important role in the history of the city and of the country and this trail is a celebration of all the highs and lows, from the multiple statues of Irish politician James Michael Curley to the moving Boston Irish Famine Memorial.

It will also double as a tour of the city taking in many of the most famous landmarks and attractions. A must for any time of the year but doing it on March 17 just makes it all the more special.

You can find more information here.

Show off what great fans the Irish are at Boston Celtics

The Irish have made a name for themselves as being some of the greatest fans in the world winning praise from the Polish and French for the spirit they brought to the last two UEFA European Soccer Championships, and we’re sure our American cousins are just as great.

Get yourself decked out in green, maybe even dress up as a leprechaun and get yourself down to any of the three games the Boston Celtics have at their home court in TD Gardens around St. Patrick’s Day.

You can find ticket information here.

Show off your competitive nature at the Road Race in Southie

Held each year since 1940, the St Patrick's Day 5K Road Race is a decades-long tradition in Boston and is even sponsored by everyone’s favorite Boston Irish band, Dropkick Murphys. The first lucky 600 to register will even be given a t-shirt specially designed by the band.

Only 1,750 can run so get in there early if you want to start your St. Patrick’s Day celebration off right. The race runs on the same day as the parade (this year March 19) starting and ending at the South Boston Boys and Girls Club at 230 West 6th Street in South Boston.

Honor a Boston tradition with a full Irish breakfast

The annual St. Patrick’s Day Breakfast, where local politicians join together to roast each other, is an institution but we know that politicians don’t make great comedians. At least not as great as you and your friends and family can be when you join together over the breakfast table.

In the spirit of the main event, why don’t you gather a group and catch a full Irish in a local Irish bar before you set off for the day. A hearty breakfast is sure to get the spirits up and the excitement pumping for the rest of the day.

Check out some Irish music in Boston’s great Irish pubs

IrishCentral has already taken a good look at some of the best Irish pubs in Boston and we’re sure that any of them will make an excellent choice on St. Patrick's Day 2017 but here are some of the best:

Ship up to Boston with Dropkick Murphys

The group that even the iconic Conor McGregor has made his own, Dropkick Murphys traditionally return home to Boston each St. Patrick’s Day to play a show and celebrate their Irish heritage with other Boston Irish.

This year, Boston's most famous Celtic punk rock group will play in House of Blues near Fenway Park, a place they have always returned to no matter how popular they became. They will also be performing at the Agganis Arena the next night but such is the support given to these Boston boys, you’d want to get your tickets quick before they sell out.

Dropkick Murphys play House of Blues March 15 until March 17 and travel to Agganis Arena on March 18.

Yet another Boston St. Patrick’s Day tradition, for over the past decade Cork-born Brian O’Donovan from WGBH has celebrated the traditions of the Emerald Isle at Cambridge's historic Sanders Theatre at Harvard University. Starring the best and brightest in Celtic music and dance and hosted by O’Donovan himself, the event is now in its twelfth year.

Among the amazing acts set to perform this year are the Karan Casey Band, the Miller Family dancers, Grammy-winning fiddler Liz Carroll and the harp-fiddle duo of Jenna Moynihan and Mairi Chaimbeul.

Binge watch your favorites at the Irish Film Festival

Taking place a little after St. Patrick’s Day from March 23 until March 27, the Boston Irish Film Festival will be the perfect wind down from all the March hype and hustle and bustle. With more than 3,000 fans visiting each year, the festival showcases films that focus on Ireland and Irish culture, and what it means to be Irish in the 21st century.

About 30 premieres, features, shorts, and documentaries will be shown including the film on Dublin’s infamous Mattress Mick, a premiere of “A Date for Mad Mary” and breakthrough feature “The Young Offenders”.

Tickets and more info can be found here.

Celebrate the greatest Irish American President at the JFK Library 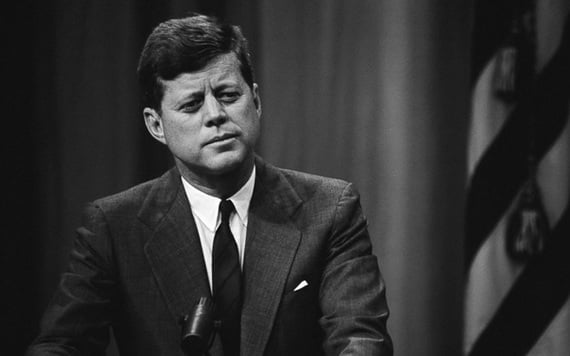 On. St. Patrick’s Day, head down to the JFK Library to be entertained by the Greene-O'Leary School of Irish Dancers who will be showing off their skills in celebration of everyone’s favorite Irish-American President.

The parade may have been drawing some bad press in the final stages of preparations over the initial refusal to let OUTVETS march but the problem has been rectified and controversy or no controversy it will be taking to the streets this weekend.

The South Boston St. Patrick’s Day Parade will still take center stage on Sunday, March 19 attracting thousand and thousand of spectators. The parade will kick off at 1.00 pm at Broadway Station.

Have we missed a great Boston St. Patrick's Day event? Let us know about it in the comments section.