What to do on a miserable winter’s evening in Dublin?

The weather outside may be frightful and spring feels like its months away, but forget the rain, the wind and the damp. We’ll have you smiling in no time. 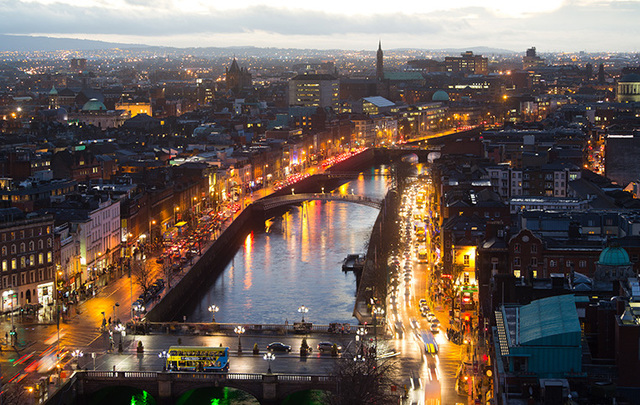 The Danish may have their hygge, but the Irish have been doing cozy, comforting winter pleasure for centuries.

Follow these tips and you’ll not go wrong. With the weather outside being frightful and spring still months away, we take a look at some warming, fun, and cozy activities for visitors to Dublin city center on a cold winter’s evening. Forget the rain, the wind, and the damp, we’ll have you smiling in no time.

The Danish concept of, Hygge (pronounced hue-gah), has become super trendy over the last year – the idea of being warm, and cozy, with friends and family, and enjoying the simple things in life. We hate to break it to you, but the Irish have had this down for centuries. Think about it… a pint of stout, a warm stew, a warm turf fire, and the art of storytelling. Doesn’t get more hygge than that now, does it?!

The Irish love nothing more than a good story and a laugh and what better way to get both than at one of Dublin’s comedy venues? The most famous of these is The International, a small, unassuming comedy club that has played host to major comedy names such as Eddie Izzard, Jimmy Carr, Ardal O'Hanlon, and Neil Delamere. The pub below is also a beautiful Victorian bar dating back to 1854.

There are plenty of other options around town also. Vicar Street, on Thomas Street, often has big and smaller comedy names. The Wool Shed (Parnell Street), the Ha’ Penny Bar, and the Laughter Lounge are also good options for a giggle.

If it is some real Irish storytelling you’re looking for head to The Brazen Head, Dublin’s oldest bar. Here you can enjoy an evening of Irish “food, folklore, and fairies.” There’s also a great Irish storytelling bus tour that’ll give you entertainment and a nice tour of the north county coast while you cozy up to some tales.

…By an open fire

Irish turf fires are world-renowned and what could be better than snuggling up by a roaring hearth, with a nice drink and good company? Of course, almost on every block in Dublin, there are some great bars, but here are some that are particularly lovely in the winter months.

O’Neill’s (Suffolk Street), a beautiful bar with over 300 years of history, is perfect for a night of good company.

Whelan’s (Wexford Street) has a new bar called The Parlour. Intimate and gorgeous, it’s also located in one of Dublin’s best music venues.

O’Donoghue’s (Merrion Row) is famous for the fact that The Dubliners and Christy Moore were often known to entertain the patrons. You’re guaranteed a night to remember and most nights even a seisiun too.

A night at the flicks

The Irish are the biggest cinema-goers in Europe, per capita. We just love it. While there are multiplexes and chain cinemas that you could frequent we highly recommend a trip to one of Dublin’s two arthouse cinemas – The Lighthouse (Smithfield) and the Irish Film Institute (Eustace Street). What’s especially nice about the IFI is that there’s a great in-house restaurant too, so you can make a night of it. 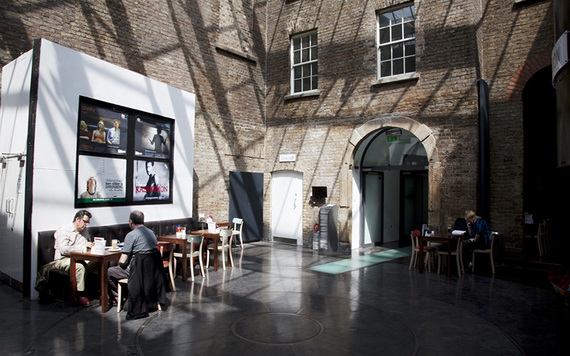 The lobby of the Irish Film Institute cinema.

Irish cuisine has changed dramatically in recent years and we highly recommend that you check out some of the best restaurants in Dublin when you visit. Among the higher priced in the market we would recommend Chapter One (Parnell Square), L’Ecrivan (Baggot Street) and The Greenhouse (Dawson Street).

If your budget is a little tighter there are still plenty of options to go for. L Mulligan Grocer (Stoneybatter) is more of a gastropub but has become hugely popular. The Boxty House is smack bang in the middle of Temple Bar, just off the square. It serves everything from traditional Irish to more modern bistro food. Another great spot is The Bank (College Green). This building, bought by the Belfast Bank, in 1892, is a “symbol of grandiose Victorian splendor.” The bar is just beautiful and the food is excellent. The last to mention is Featherblade (Dawson Street). Although not quite a cozy, opulent setting, if you want good Irish beef then this is the spot. The menu is limited but if steaks are your bag this is your place.

Take in a show

Ireland has been home to some really stellar playwrights – Samuel Beckett, Sean O’Casey, and Conor McPherson to name but three. What better way to while away an evening than in the glamorous surrounds of some of Ireland’s most beautiful old theaters – The Gate, the Olympia, and the Gaiety? Velvet seats, amazing plasterwork, that old-world charm that modern theaters just don’t have, there’s something really comforting and cozy about setting in for a night of entertainment in an old theater.