What you need to know about Omey Island, Connemara's best-kept secret

With stunning walks and ruins, Omey Island in Galway is one of the best-kept secrets in Connemara. 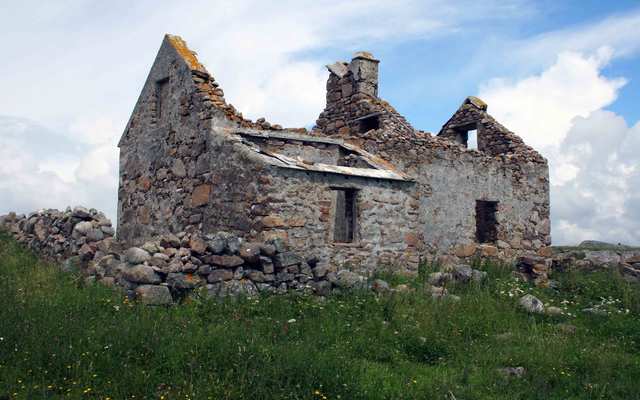 With stunning walks and ruins, Omey Island in Galway is one of the best-kept secrets in Connemara.

Although accessible at low-tide throughout the year, and despite its proximity to Clifden, Omey Island remains off the radar for the vast majority of visitors to Connemara in County Galway.

Traces of the first settlers who established a settlement over 5000-years-ago can still be seen on the island's landscape and the 12th-century medieval church that remained enveloped and hidden in the sand for centuries is now visible after being illegally excavated in 1981.

The small church is the classic example and is one of many scattered throughout Connemara that provided a frontier and harsh existence for the loose gathering of monks seeking a hermetic lifestyle in the wilds of Connemara. A withdrawal from the society of the day coincided with living an ascetic life in the hope of becoming closer to God.

Through hunger and emigration, the Great Famine of 1845 to 1849 greatly impacted the island's population with many leaving the island to seek refuge in the United States. Visiting the island in the 1840s, Asenath Nicholson in her compelling book, "Ireland's Welcome to the Stranger" provides a fascinating yet heartbreaking account of the scores of wretched souls she encountered huddled together in the island's sand dunes awaiting a slow torturous death through starvation and disease.

Locals in the surrounding area are still buried on the island in the cemetery and the empty shell of Anglo-Irish poet Richard Murphy's island house provides a sweeping vista of the entire landscape.

Today, Omey Island is teeming with wildlife and contains a wide array of flora and fauna. It's a walker's paradise throughout and is really a series picture-postcard settings. Crossing over an hour before low-tide will give at least two hours to explore the island. Walk along the narrow road until it ends and from there swing right where you will see Fahy Lake on the right. This is the classic clockwise island walking trail but don't forget to deviate as much as possible as it's a treasure trove of wonderful scenery combined with a kaleidoscope of ever-changing colors.

Have you ever visited Omey Island? Let us know about the time you spent on the island in the comments section, below.