New Statue of Liberty Museum to open this May 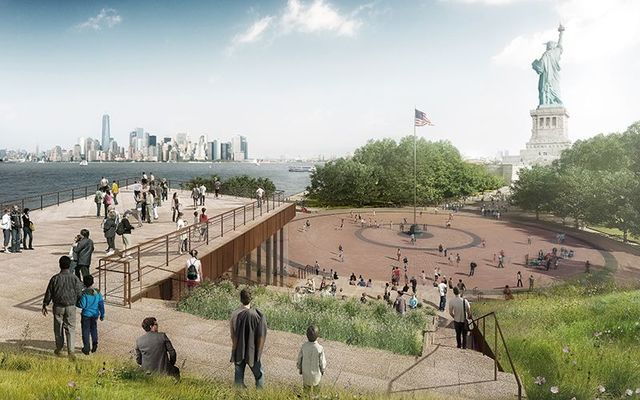 A digital representation of the Statue of Liberty Museum on Liberty Island. FXCollaborative

The new Statue of Liberty Museum is part of a $100 million Liberty Island-wide beautification effort that’s being funded by the Statue of Liberty-Ellis Island Foundation, led by campaign chairperson Diane von Furstenberg. The museum was designed by architecture firm FXCollaborative with exhibits created by experience design firm ESI Design. 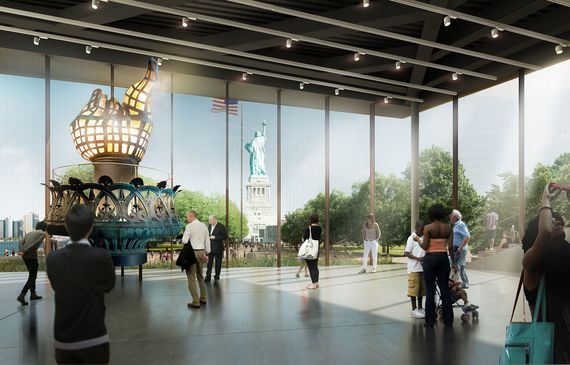 Inside the Statue of Liberty Museum.

The Immersive Theater is a dramatic, multimedia experience lasting approximately 8-10 minutes that surrounds visitors in the sweeping story of the Statue and the ideal she represents.

Weaving through this soaring theater space, museum-goers will learn the rich story of the Statue’s origins and be captivated by a virtual fly-through ascending the Statue that recreates interior views and sounds.

Visitors will be invited to contemplate Liberty today and its measures around the world, such as access to education, free elections, and a free press. 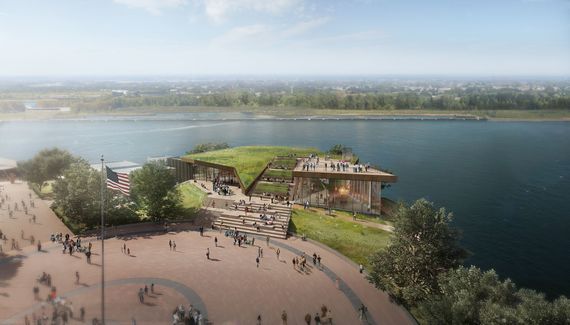 The Statue of Liberty Museum.

In this gallery, visitors will be able to explore what took place in the warehouse where Frédéric-Auguste Bartholdi built the Statue.

A series of multimedia displays evoke the feeling of being in the sculptor’s studio, allowing guests to see the step-by-step process of Liberty’s construction, from small plaster model to the copper sheets pounded on massive negative molds to create the Statue’s final form.

Throughout this section, visitors delve deep into stories about the Statue’s history, design, and role in the world, exploring the multifaceted, sometimes contested ideal of Liberty through artifacts, graphics, and interactive media.

The Statue of Liberty Museum.

In this awe-inspiring space, visitors can reflect upon what they have seen and experienced in the museum. Guests will be invited to document their visit and express their views by adding a self-portrait and collage of inspirational images to an ever-growing digital experience called Becoming Liberty.

The tour culminates with an up-close view of Liberty’s most iconic symbol – her original torch – held high for nearly 100 years and still a touchstone of the light Liberty shines from generation to generation. Rescued from the elements and replaced in 1986, the torch will be the most powerful artifact visitors encounter as they reach the end of their museum experience.

A model of the Statue’s face offers another tactile moment and the glass walls afford magnificent views of the Statue of Liberty herself set against a stunning backdrop of the New York City skyline.

The Statue of Liberty Museum was conceived as a garden pavilion that would add to the experience of all visitors to Liberty Island, regardless of age or nationality. Merging landscape and building, the new museum’s roof is planted with native meadow grasses and offers visitors sweeping, panoramic views of Lady Liberty, lower Manhattan, and all of New York Harbor.