Glendalough with a view of the round tower in the backgroundImage: Getty

Make the most out of your Irish vacation by ensuring you see all that Dublin has to offer, even the hidden attractions.

Think Dublin is all craic and Guinness? You'd be half right, but there's also a lot more to see in the Irish capital than you might think. So, if you're visiting Dublin in 2018 here's four hidden attractions not to miss.

Everybody knows about the Guinness Storehouse, but did you know that Dublin is also home to The Irish Whiskey Museum? The Irish Whiskey Museum uncovers the fantastic story of Irish whiskey - from its origins, its rise to glory, its dramatic fall, and the launch of some new Irish whiskey brands. Along with a tasting of course! Best of all, the museum is located near Trinity College so you can stop in to see the Book of Kells afterward.

Read more: Everything you need to know before visiting Ireland

Originally a monastic settlement, Glendalough is one of Ireland's most beautiful attractions. It's housed in the Wicklow National Park so is also home to beautiful scenery, two lakes, and the Wicklow Way hiking trail. The original round tower is still standing since it formed the start of the monastic village founded by St Kevin in the 6th Century. And for years Glendalough has provided the perfect antidote for those looking to escape the hustle and bustle of Dublin.

For those who love a ghoulish tale, the Gravediggers Tour is an absolute must. Learn all about the gruesome side of Dublin's history. From bodies left to rot after the Plaque to tall tales about body snatchers, including the story of one grave robber who met his end by the hands of the cemetery's watchmen, this tour has it all. It's fun, not for the faint-hearted, and you'll absolutely deserve the free drink you receive at the end, in the aptly named Gravediggers Pub!

One of Dublin's most beautiful coastal towns, Howth is home to a harbor which has been in existence since the 1800s and is now home to a bustling array of restaurants, artists studios, and fish shops. Still a working harbor, Howth manages to mix the scenic with the practical. And serve up some of the freshest fish and chips you'll find in all of Dublin! If you visit make sure to check out the West Pier for a set of footprints, carved after the visit of King George IV in 1821 - don't be shocked that they're not in a straight line, legend has it that the King was in fine spirits during his visit. Or just blind drunk! 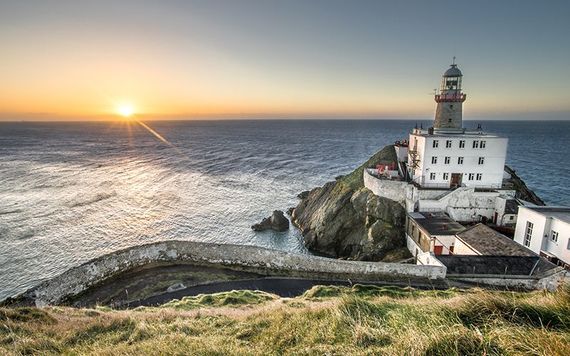 Glendalough with a view of the round tower in the backgroundImage: Getty

WATCH: This 89-year-old has been teaching Irish dancing in Australia for 75 years