Dublin cinema voted among the best in UK and Ireland

Built in 1923, this Art Deco cinema underwent an extensive renovation and reopened in 2017. 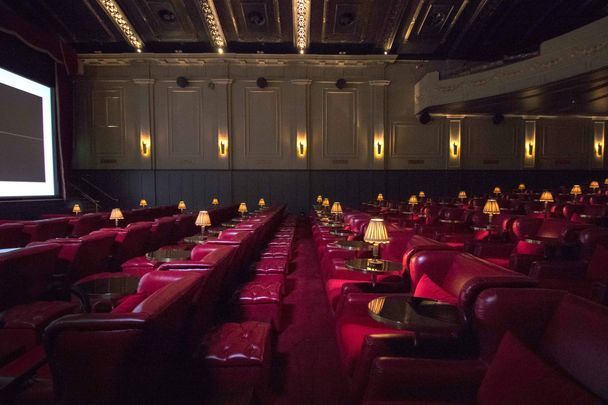 This gorgeous Dublin cinema was voted number one in TimeOut's list of the 50 Best Cinemas in the UK and Ireland.

The Stella Cinema in Rathmines, Dublin, was named the number one movie theater on the list by TimeOut.

The cinema closed in 2004 and the Art Deco movie house, which locals had dubbed "the flea house" underwent a massive restoration.  The Stella Cinema reopened in 2017, returned to its "Gatsby-esque glory."

The old ballroom was turned into a swanky cocktail bar, and the theater's menu offers indulgences such as buttermilk chicken and cinnamon churros.

There is a cost to be steeped in such decadence. Armchairs at the Stella cost 19 euros a piece, while the luxurious bed and sofas cost 38 euros for two.

The Stella was not the only Irish cinema on the Time Out's, which recognized movie theaters that provide a "unique big-screen experience."

In Dublin, the Light House Cinema (#15), home of the Dublin International Film Festival, and the Irish Film Institute (#23), in Temple Bar, were also rated.

Phoenix Cinema (#48) in Dingle was noted for being the "most westerly" and  "possibly being the most friendly."

The full list of best cinemas in the UK and Ireland can be found here.