Irish tourist attraction of the week: The Cork Butter Museum

Learn the secret behind the great taste of Irish butter along the banks of the River Lee. 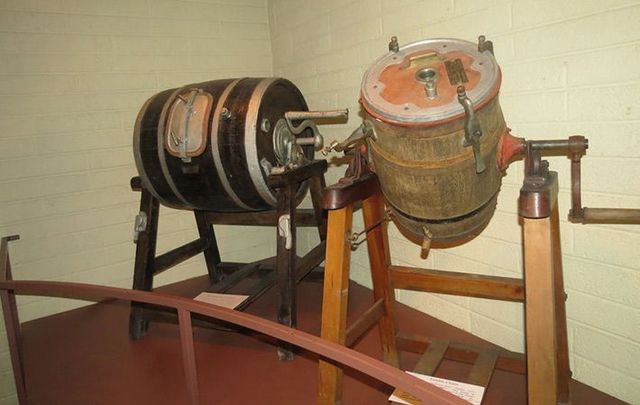 Learn the secret behind the great taste of Irish butter along the banks of the River Lee. Tourism Ireland

The Butter Museum in Cork shows off Irish dairy products at their finest.

It’s already been proven that Americans just can’t get enough of Irish butter, with wide-favorite Kerrygold becoming the third best-selling butter in the US. However, did you know that such is the love for the Irish dairy goodness that butter has become one of our best tourist attractions?

The search for the secret behind the perfect buttery taste leads American visitors to Ireland to the Cork Butter Museum, the best place to learn all about the culture of butter-making from ancient Ireland up to the present day. There they discover how Kerrygold, our most famous butter brand, came to be.

Dairy and cattle farming has always been one of Ireland's most important industries and thanks to our mild climate which produced great grass growth, Irish cattle have always been naturally fed and this is the key reason Irish butter stands out. The Irish butter industry began to achieve success in the early 1700s, but it wasn’t until the mid-19th century that it began to grace dinner tables the world over.

The Cork Butter Museum is located in the Shandon area on the north side of Cork city, amongst a nest of tiny streets, some of which are still cobbled. The building dates from 1849 and is located near St. Anne’s Church. The church is known for its clock tower which can be seen from all over the city and is locally known as the “Four-faced Liar” as each of its four clock faces tells a different time.

Just beside the museum is the Firkin Crane building, built in the year 1855 to weigh “firkins” (a Danish word for 80lbs) of butter on a “crane.” The unusual rotunda building is now used as a performance space. This area was also once home to the largest Shambles (open-air butchery) in Ireland.

The museum features fantastic exhibitions taking guests on a tour through the history of butter production, from dairy cattle farming to the commercial butter trade, and the museum's pièce de résistance a container of butter believed to be over a thousand years old, perfectly preserved by the bog in which it was found.

Irish folklore contains large dollops on butter and butter-making and this small museum makes great use of the legends as heartedly as we do a slab of Kerrygold butter on a slice of bread (or the new trend of Kerrygold in your coffee!).

The museum is a celebration of how a small cottage industry has grown into a global business.

The Butter Museum in Cork, Ireland. A multimedia journey thru the history of Irish dairy production. Highly recommended pic.twitter.com/HIpmlFQF

Located close the River Lee and putting you in a great spot to explore the rest of the city, Cork Butter Museum is also a steal at only $4.50 for adults, $1.60 for children over 12 and completely free for children under 12.

If you have the chance, make sure to visit in time to catch a butter-making demonstration.

Got to churn butter at the Cork Butter Museum so today is basically the best day ever. pic.twitter.com/I5npTiw5XO