9 mystery spots in the west of Ireland

Come on a scavenger hunt to explore these mysteries of the west. 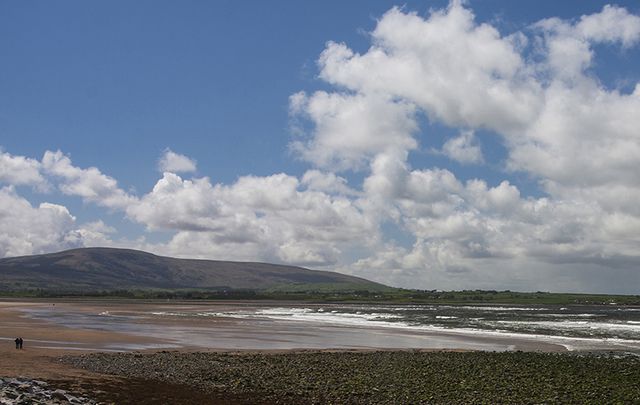 The beautiful Strandhill, in Galway. iStock

Come on a scavenger hunt with Wild West Irish Tours to explore these mystery areas in Western Ireland - can you guess where all of these are?

Do you like solving mysteries? Were you a fan of Where in the World is Carmen Sandiego as a kid? Perhaps you just like to see beautiful and enigmatic depictions of far-away places. Whatever your niche is, we’re delighted to unveil a little scavenger hunt for you all: a photographic tour of exclusive venues in Western Ireland, presented by Wild West Irish Tours.

You probably won’t get the full experience without being there, but we’re hoping you enjoy this peek through the window into where we like to venture: if you dare to be wild, come with us now to discover these secret places…

A valley as sweeping and epic as anything out of Lord of the Rings.

Experience the tranquility of walking through a valley as sweeping and epic as anything out of Lord of the Rings: this landscape in Western Ireland is dotted with abandoned monuments of a much more solemn time; the walk of which is both breathtaking and sobering. Where the valley begins to curve is where you’ll see the open darkness of a cave in which legends were made. Any ideas on where this might be?

The preservation of history and harmony.

It’s more likely than you think in this mystical garden. More than mere flowers grow here; though their abundance is noted with joy by all who visit: the preservation of history and harmony is vital to the owner’s mission. Would you like to come convene on Celtic lore whilst enjoying a spot of tea? Here’s where to do so with all of us!

Our very own castle!

There’s a castle in Western Ireland that only we have the keys to (aka; we ask the owners nicely and they’re kind enough to oblige).

Overlooking lush green landscape marked by archaic churches and rolling hills, this family-specific home is one near and dear to at least three Westies’ hearts. Bet you can’t name the clan attached to it! Hint: They’re one of the most well-known in all of Ireland.

A quaint and functional little house hidden away in the West, this adorable nook has great history with an area of Ireland that hugs the shoreline. If you can wager a guess as to how old it is, we applaud you. Hope you have good weather for thatching!

A spot frequented by pilgrims and self-guided historians.

This church dates back to the 11th century – far older than what you might expect from a spot frequented by pilgrims and self-guided historians. It’s stood both the test of time and trials through the ages. It’s a must-visit for those seeking some peace and reflection.

This area of Western Ireland is pleasantly notorious for its ecological exploits. Rarely do four types of flora (arctic, alpine, Mediterranean, and deciduous) exist in harmony with one another; much less growing out of terrain lovingly referred to as “living stone”. It stretches for miles; touching mountain and shore.

Spend time on this island, which shares a name with a famous American island.

Spending time on this island [which shares a name with a famous American island] isn’t just a jaunt at a carnival. Named for bunnies more than balloons and barkers, this isle is sometimes inaccessible due to weather and tide: making it a mysterious getaway fit for fey instead of faire-fare.

Our own "Peace Bridge" on the Wild West Irish Tour!

Now here is a place you can go for respite.... Have a peaceful weekend wherever you are. :)

Take a moment in this gem in the woods to watch the stream flow and hear the birds sing. Smell the fresh fragrance of forest air and imagine yourself in a storybook setting where all problems seem easily solved. Something about this area just seems to sing of solitude and peace. Come with us – we know the way!

This magnificent mountain is one of several worth noting in Western Ireland especially: a towering testament to a varied and mysterious landscape, it’s a “brother peak” of sorts to a mountain previously pictured within the same range!

Read more: The best places in Ireland to move to from America

For more visit Wild West Irish Tours site, www.wildwestirishtours.com, follow them on Facebook or read more at their blog, www.daretobewildblog.wordpress.com.