Thirsty? These towns in Ireland have the most pubs per person

A new study has revealed the towns in Ireland that have the most pubs per person, and one town in Co Clare has emerged as the clear winner. 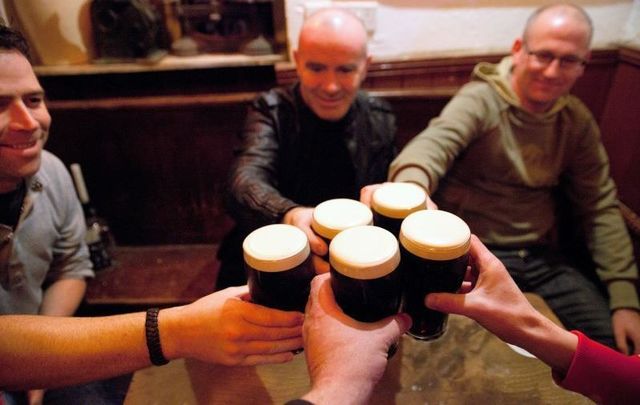 If you visit these towns in Ireland, you're sure to find plenty of pubs to get a fill of pints! Getty Images

It has long been accepted that the pub is the centerpiece of Irish social life. It is the place where funeral receptions are usually held. The place where returning emigrants go straight away when they return from overseas.

In rural areas especially, the pub is a lynchpin.

But new data has discovered that the town of Liscannor has taken that philosophy to the next level.

The study was conducted by Thomas Bibby, who used population data from the Central Statistics Office and licensing data for pubs across the country to compile the results.

Any town or village without a post office was discounted.

With that data in mind, the town of Liscannor in Co Clare, which is also home to the magnificent Cliffs of Moher, was the clear winner.

Liscannor, which has a population of just 129 people according to the CSO, has five registered pubs inside its town limits - an average of one pub for every 26 residents.

Read More: Best Irish pub in every state in the United States

The data excludes two pubs just outside the town that would bring the average right down to one pub for every 18 people.

The town of Lifford in Co Donegal, finished just behind Liscannor in second place. However, the town boasts a far greater population and a far greater amount of pubs as a result.

The Donegal town has 55 registered pubs for its 1,658 residents,  an average of one pub per 30 people.

In total, four towns in Clare made the top ten.

At the other end of the list, the town of Greystones in Co  Wicklow had the country's lowest amount of pubs per person with just one pub for every 2,700 residents.

Here's the full top ten of towns with the most pubs per resident:

Read More: The best Irish pub outside of Ireland according to you

Where's your favorite pub in Ireland? Let us know in the comments!