Tourism Ireland kicks off its promotional drive for 2019 in the all-important American market on Monday, 24 December– with a major, week-long TV campaign which will be seen by millions of potential holidaymakers for Ireland. 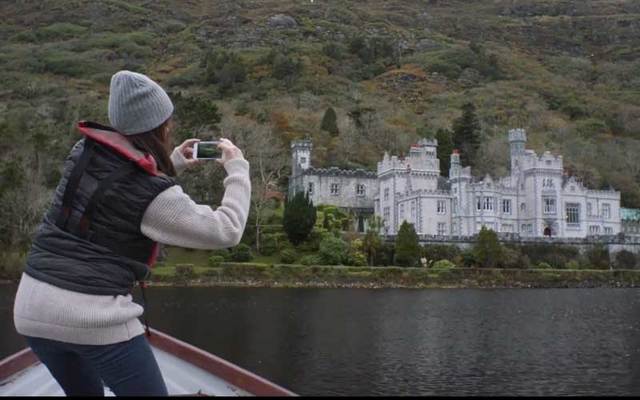 Tourism Ireland kicks off its promotional drive for 2019 in the all-important American market on Monday, 24 December– with a major, week-long TV campaign which will be seen by millions of potential holidaymakers for Ireland.

Tourism Ireland’s brand new TV ad – ‘Fill Your Heart With Ireland’ – will air on major networks, including NBC, CBS and ABC, in New York, Los Angeles, Minneapolis and Dallas. With new flights to Dublin from Minneapolis-St Paul (with Aer Lingus) and from Dallas (with American Airlines) due to launch in 2019, Tourism Ireland is targeting potential holidaymakers in both cities, as well as in the key gateway cities of New York and Los Angeles.

The ads will air around popular entertainment programmes with large audiences over the Christmas and New Year’s period. The TV ads are complemented by a digital video campaign, with the 30-second ad running on popular websites.

And, doubledecker buses operating on busy routes in New York and Los Angeles are ‘wrapped’ with Tourism Ireland’s new ad right now; the digital wraps are playing the new 60-second and 30-second ‘Fill Your Heart With Ireland’ ads on a giant screen on the buses, targeting our key audiences of ‘culturally curious’ and ‘social energiser’ holidaymakers.

This time of year is a key vacation planning period for Americans and this campaign heralds the start of another busy promotional drive for Tourism Ireland in the United States next year.

Read More: 2018 is the busiest year ever for tourism in Ireland

Niall Gibbons, Tourism Ireland’s CEO, said: “2018 will be the sixth record year in a row for visitor numbers to the island of Ireland from North America. By the end of this year, we will have welcomed around 2.06 million American and Canadian visitors, delivering revenue of €1.85 billion for the economy. Tourism Ireland has undertaken an extensive and very targeted programme of promotions right throughout 2018, building awareness of the island of Ireland as a premier vacation destination."