From “The Game of Thrones’” Dark Hedges to the Giant’s Causeway – get inspired to venture north. 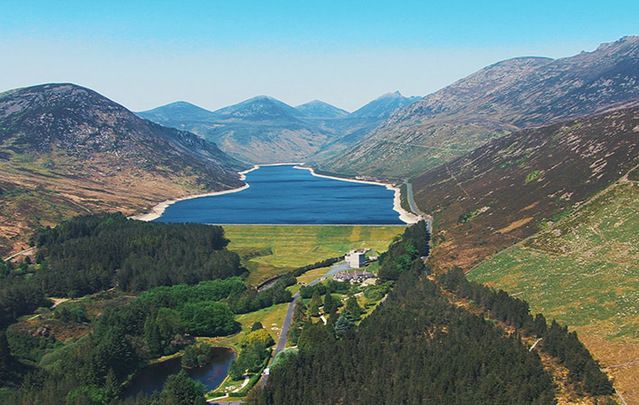 Flying over the Mourne Mountains. From “The Game of Thrones’” Dark Hedges to the Giant’s Causeway – get inspired to venture north. Tourism Ireland

If you’re planning a trip to Northern Ireland you could do worse than looking at this stunning clip from Tourism Ireland to get inspired. The short clip of aerial footage captures the most iconic locations from “The Game of Thrones’” Dark Hedges to the Giant’s Causeway.

This video, as well as providing spectacular views of the lush countryside, give a lot of food for thought to all kinds of tourists. For those in search of a hiking thrill there are the Mourne Mountains and for those in search of history and a glimpse of Ireland’s ancient past there are Dunluce Castle and the Giant’s Causeway.

Northern Ireland is packed with natural and historic gems and the rise of drones has allowed us to appreciate these places in a way that has never been done before. This footage contains coastal and mountain vistas, epic castles and volcanic landscapes.

Here’s five fast facts about some of the glorious locations featured in the video:

1. The Giant’s Causeway is a UNESCO World Heritage Site that attracts half a million tourists each year.

2. The Dark Hedges is an iconic avenue of serpentine beech trees, which appeared in HBO’s 'Game of Thrones' as the Kingsroad.

3. The Mourne Mountains inspired author CS Lewis when writing “The Chronicles of Narnia.”

4. Royal Portrush Golf Club is set to host the Open Championship in 2019.

5. The Carrick-a-rede rope bridge was erected in 1755 and welcomes a quarter of a million visitors each year.