An Irish filmmaker and his friends took up the challenge to travel the longest defined coastal route in the world by electric car. 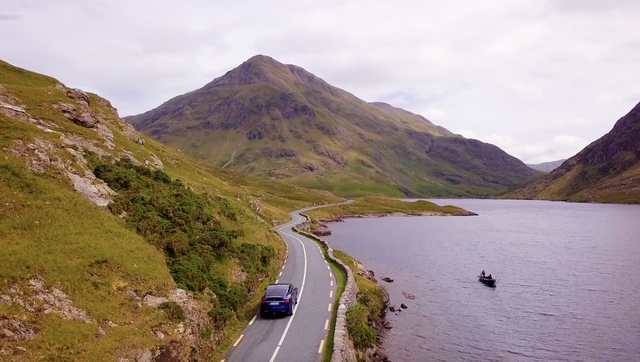 Testing the electric Tesla Model X, the West of Ireland's charging infrastructure, and having a blast along the way this group of friends had an incredible adventure along the Wild Atlantic Way.

It all started as a conversation with my dad and his friends. They said that it would be impossible to do a road trip in an electric car. They had worries about the range and the charging infrastructure.

So we set out to prove them wrong and planned an incredible adventure on Ireland’s Wild Atlantic Way. We were determined to show that we could complete our electric expedition without compromise. So we decided to stop and stay at Ireland’s top luxury hotels along Ireland’s beautiful, rugged west coast.

With a range of 525km, the Tesla Model X was the perfect car to tackle the challenging landscape of Ireland’s west coast. And with autopilot enabled, the vehicle drove itself for much of the journey, even down the winding country roads.

We drove from Donegal to Dingle, a journey of 1,500km. Along the way, we felt the power of the Atlantic ocean, took in the spectacular landscape and most importantly, had an enormous amount of craic!

We started our journey on the shores of Lough Eske, Donegal staying at Harvey’s Point. Seeing sunset at Sliabh Liag was a breathtaking way to start the trip. Then we drove through Sligo, sampling some delicious seafood in Shells Café on Strandhill. Downpatrick Head’s famous sea stack was next. We also witnessed the “Eire 64” sign, which was used to signal to American planes during WWII that they were in Ireland.

Europe’s most westerly electric vehicle charging point in Gielty’s was next on Achill Island. We camped in the car under the stars at Keem Beach and took in the spectacular sunrise. After driving through Doo Lough, we arrived in Ireland’s only Forbes 5 star hotel, Ashford Castle. On the shores of Lough Corrib, we charged the car and enjoyed the outstanding hospitality in Ashford. 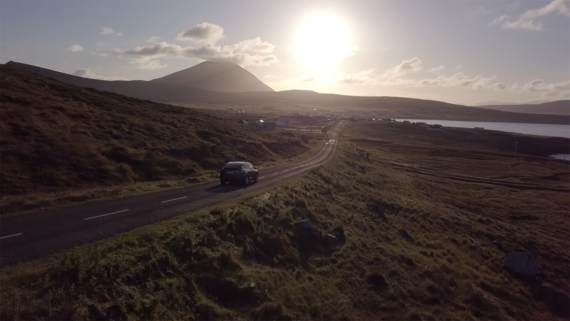 Next, we drove through Connemara and took in the rugged beauty of the Twelve Bens Mountain range. We stayed the night in Ballynahinch Castle and took in some of their famous fly fishing. After getting a full charge, we ventured to Dog’s Bay, a stunning tombolo.

We then made our way to the Builín Blasta Cafe & Bakery for lunch. Galway City was next, but not before we braved the cold and went for a dip in the Atlantic from the Blackrock diving towers in Salthill. It was the famous family-run pizzeria Dough Bros for dinner. With fantastic food and great company, we really got a taste of the culture Galway is renowned for.

The Burren in County Clare was next as we headed for the magnificent Cliffs of Moher. After taking in the view atop the cliffs, we made our way to another of Ireland’s Legendary Castles, Dromoland Castle. Once the homestead of Ireland’s High King Brian Boru, Dromoland really is fit for royalty. 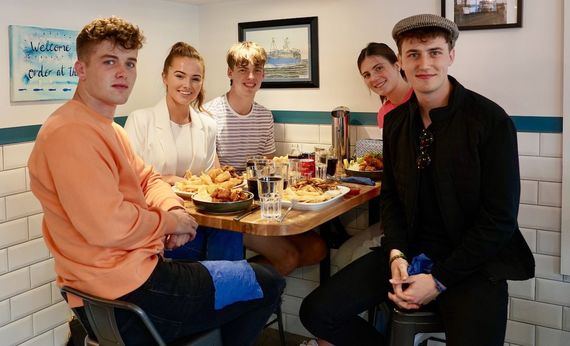 The Kingdom was next as Kerry roved into view. The mystical aura of the Gap of Dunloe in the fog enveloped us as we headed to our next charging destination, The Europe Hotel and Resort. Having plugged in the car, we took time to relax in the tranquil, magnificent surroundings of the Europe Hotel. As we came to the final night of our adventure, we couldn’t help reminisce about the extraordinary journey we were on.

After getting a night of restful sleep, we ventured on. We drove through the staggering Conor’s pass. With drops of over 100 meters, we really had to be on the ball, but Tesla’s autopilot system meant that we completed it without breaking a sweat.

And before we knew it, the sun was setting on our final day as we arrived at our destination, Dingle. The beautiful fishing village in West Kerry famous for its fresh fish and lively atmosphere. There really was no better place to finish our ambitious adventure!