The Irish Pub in Namche Bazar, Nepal, has been closed since April. 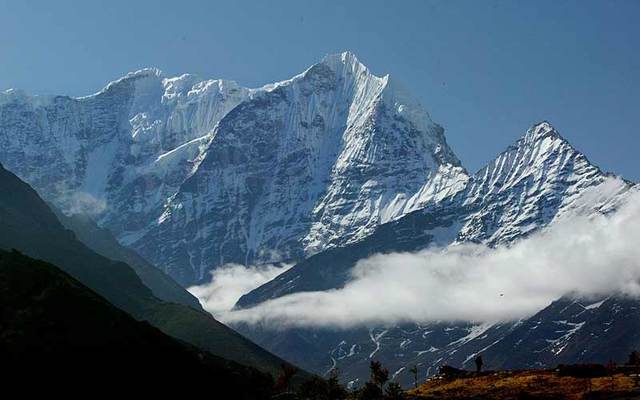 The world’s highest, most remote Irish bar, located in Nepal, has been struggling since it closed in April because of the coronavirus pandemic.

The Irish Pub is situated 3,450m above sea level in Namche, Nepal, known as the "Gateway to Everest."

To get to the pub, you must fly into Lukla, considered the most dangerous airport in the world, then hike for two day into the Himalayan mountains.

The pub closed on April 10, after Nepal’s government had to close the mountain to climbers due to the pandemic, BBC News reports.

However, Dawa Sherpa, the owner of the small bar, is hopeful his business will reopen.

Read More: The surprising reason why Irish pubs around the world all look the same

The government has announced that it would issue hiking permits for the Himalayas’ autumn season, which begins in September, and international flights will resume this month (August).

A new road, set to open next year, should also make it easier for the pub to receive supplies, which previously had to be flown into the airport and carried for two days along mountain paths before it reached the bar. Even the bar's pool table had to be transported this way.

Merry Christmas to all you beautiful people from top of the world. 🇳🇵🎅❄️☃️☘️

Sherpa, 35, grew up in Namche Bazar, where his parents worked in agriculture and livestock. He studied at Khumjung, the “school house in the clouds,” and then moved to Kathmandu to study business management. He returned home and worked as a trekking guide for a short time, before he and his brother, Phurba Tenzing, decided to open the bar.

The brothers had the idea to open the highest Irish pub in the world. After an internet search, they read about Paddy’s bar in Cusco, Peru.

“We worked out the elevation,” Sherpa said. “They were 50 meters below us.”

“At the beginning, it wasn’t that happening,” said Sherpa. “But we tried really hard to improve the service, ambience, interior. Gradually, we were getting there.”

They pub even serves Guinness, imported from Singapore, and Jameson Whiskey.

A sign above the door proclaims “There are no strangers here, only friends we haven’t met.”

Inside the cozy pub, the walls are plastered with maps, memorabilia, flags, and photos of successful summit attempts.

“What makes this an Irish pub? It’s not the green walls or the flags – it’s how welcome you feel here,” the pub’s manager Krishna Shahi, known as Chris, told Culture Trip earlier this year.

The remote Irish bar has seen its share of struggles. After a major earthquake hit Nepal in April 2015, the pub had to temporarily shutdown, but reopened that autumn. Then an economic blockade began in September of that same year, affecting the entire country. Yet despite all this, the pub clung on.

“We recovered slowly,” said Sherpa. “It took us three or four years to get there, but The Irish Pub became the most happening pub in Namche.”

The pub’s customers, usually Australian, European, or American, might include “people who just summited Everest, or people who’ve been to base camp for the first time”.

The impact of the virus and the ensuing lockdown has been enormous on the tourism industry in Nepal. More than 10,000 guides, sherpas and other workers in the mountains have lost their jobs.

However, Dawa Sherpa is optimistic about the future. He believes tourism will resume and plans to reopen the Irish Pub in September.

He hopes the new highway will give a boost to business.

“Once we get the road, Nepalese and Indian tourists will be enough for us to survive,” he said.

“You know, 80 to 90% of Nepalese people haven’t seen Everest themselves, because of the lack of transportation. We have around 55,000 tourists a year in Namche, if things are really good. I think we will get more than 55,000 [extra] if we get a road.”

However, the new road, which will make getting supplies easier, will only reach Lukla. Customers will still need to hike for two days to reach the remote Irish pub.