Abandoned 1700s Waterford mansion to be restored as five-star hotel

Mayfield House in Portlaw was once one of the finest houses in Ireland but has been abandoned since 1994, causing it to rapidly deteriorate over the past 28 years. 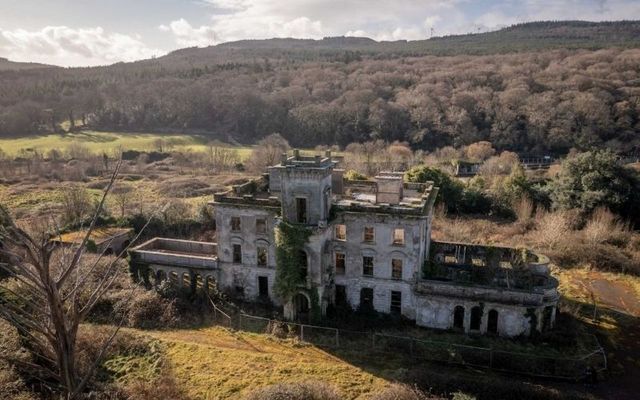 An abandoned mansion in County Waterford is set to be converted into a luxury hotel after it was sold for €300,000.

Mayfield House in Portlaw was once one of the finest houses in Ireland but has been abandoned since 1994, causing it to rapidly deteriorate over the past 28 years.

The 10-bedroom mansion was built in 1740 for the wealthy Malcomson family, who founded the nearby town of Portlaw.

Designed by the renowned architect William Tinsley, Mayfield House was recently bought by one of Ireland's largest hospitality companies, who bought the property for €535,000 less than its asking price of €835,000. Auction firm BidX1 and Brophy Cusack auctioneers managed the sale of the property.

Paudie Coffey, the chairperson of the Portlaw Community Enhancement Committee, said that the committee is "delighted that the historic landmark on the edge of the village has been sold", adding that it will give a much-needed boost to local tourism.

Coffey told the Irish Examiner that he looked forward to the collaboration between the local community, Waterford City and County Councils, and the new owners of Mayfield House.

The house is located on 6.05 acres of land and also includes a lodge at the main gates, a coach house, an orangery, and various other collapsed structures.

It was eventually repurposed as the headquarters of the Irish tannery industry before Irish leather making went into decline in the 1950s.

The house is now in desperate need of renovation after its roof collapsed at the turn of the century.

Many of the original features have since been stripped for preservation purposes. Nowadays, all that remains of the once-grand mansion are its walls.

The National Inventory of Architectural Heritage said the house is "distinguished by the elegant entrance tower, which augments the Italianate Classical quality of the composition".

"Now in ruins, and having been exposed to architectural salvage, much of the original fabric has been lost, although the remains of some fine detailing to the openings survive intact, contributing to the design quality of the site," the National Inventory said.