Lord Horatio Nelson and the Little Museum of Dublin

The victor of the Battle of Trafalgar and the subject of Nelson’s Pillar which was blown up by the IRA. 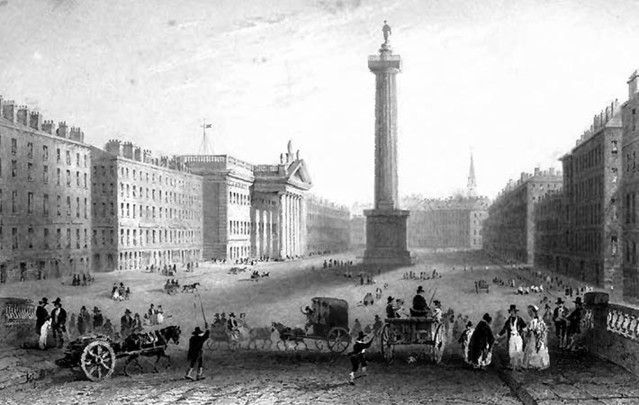 Nelson's Pillar, Dublin: The victor of the Battle of Trafalgar and the subject of Nelson’s Pillar which was blown up by the IRA. Wikimedia Commons

This week’s topic is Lord Horatio Nelson victor of the Battle of Trafalgar in 1805 and the subject of Nelson’s Pillar on O’Connell Street which was bombed by the Irish Republican Army in 1966.

Read more: Nelson’s Pillar and the fate of Nelson’s head

This series of stories, "The Little History of Dublin," tells the story of this great city in 15 bite-sized clips. Made with the generous support of Aer Lingus and the Department of Foreign Affairs, the films are now finding a global audience on IrishCentral.

This week’s clip focuses Lord Nelson, a British flag officer in the Royal Navy. He was noted for his inspirational leadership, superb grasp of strategy, and unconventional tactics, all of which resulted in a number of decisive naval victories, particularly during the Napoleonic Wars. Nelson was shot and killed during his final victory at the Battle of Trafalgar in 1805.

A statue dedicated to the Lord, Nelson’s Pillar, was completed on O’Connell Street in 1808. The statue survived the 1916 Rising, the War of Independence and several decades more until the Irish Republican Army (IRA) allegedly bombed the monument.

Speaking about this series of clips Museum Director Wissame Cherfi explained that “The idea was to create a series of videos that are fun and informative. I’ve always thought that the best way to learn and remember something is to have fun while doing it. We also wanted the films to be accessible to a broad audience, reaching young and old alike.”

Here’s British Movietone footage on the bombing of the statue on O’Connell Street: