While international travel for the rest of the year remains unlikely, domestic tourism in Ireland could open back up. 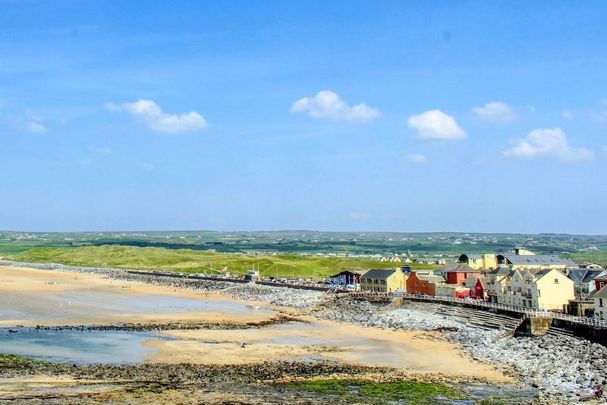 Ireland's tourism sector is facing another tough summer, with ongoing restrictions likely to deal a blow to the country's beleaguered hospitality sector.

In pre-Covid times Ireland attracted millions of tourists from overseas every summer, including huge numbers from the U.S.

Of the 11 million who flocked to Irish shores in 2019, two million visitors were from North America, with the American contingent alone generating over $2.3 billion for the Irish economy.

However, the hospitality sector has been warned it will be too soon to open the country up to vacationers from abroad.

But it's not all bad news as early indications point to strong demand from the domestic market.

Public health chiefs in Ireland have urged people not to holiday abroad this year. But last week Tanaiste Leo Varadkar insisted staycations would be possible this summer, assuming that pandemic-related restrictions are lifted as is hoped.

That appears to have had a knock-on effect, with enquires and bookings surging over the past few days.

"We've had lots of bookings, lots of enquires. It looks like there's going to be a lot of staycations this year.  We've had people literally begging for bookings. They really want to come to Lahinch this summer,” he said.

Hotelier John Burke, in nearby Spanish Point said, "There's been a big shift in the past few weeks. Finally, the phones have started to ring again."

However, while demand appears strong from domestic tourists, the lack of international visitors will almost certainly hit the sector hard, just as it did last year.