Irish passport ranked amongst the most powerful in the world again

The Henley Index has ranked the Irish passport among the most powerful passport in the world again. 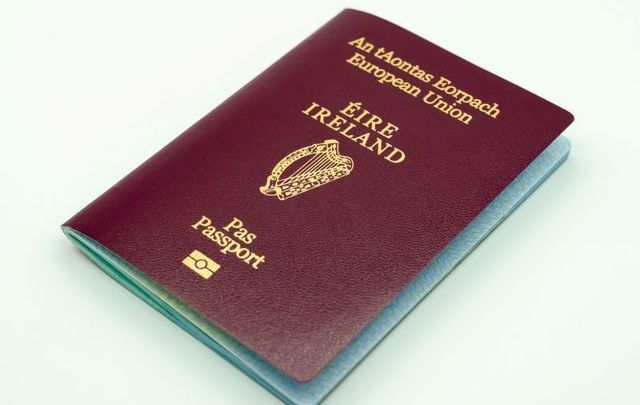 The Irish passport is ranked among the most powerful in the world again. Getty Images

The Irish passport has again been ranked as one of the most powerful passports in the world.

Read More: Why the Irish passport is among most powerful in the world

The Henley Index, which ranks the strength of each country’s passports, published their report for the third quarter of 2019 on July 2 which ranked Japan's and Singapore’s passports both in the top spot.

Ireland ties with the US, the UK, Belgium, Canada, Greece, and Norway as having the sixth most powerful passport in the world. Those seven countries all received a score of 183 on the Henley Index, indicating that those passports can travel visa-free to 183 other countries.

The Henley Index breaks down its scoring methodology as such: “For each travel destination, if no visa is required for passport holders, then a score of 1 is created for that passport. This also applies if passport holders can obtain a visa on arrival, a visitor’s permit, or an electronic travel authority (ETA) upon entry. These visa types require no pre-departure government approval.”

“Where a visa is required, or where a passport holder must obtain a government-approved electronic visa (e-Visa) before departure, a score of 0 is assigned. The same applies if they need pre-departure approval for a visa on arrival. Each passport is scored on the total number of destinations that the holder can access visa-free.”

Paddy Blewer, group public relations director at Henly, told The Irish Times: “Given the fact that Ireland is stable both economically and politically, is a core member of the European Union and is a safe country, the Irish passport will continue to be highly sought.”

Dr. Christian H. Kaelin, Chairman of Henley & Partners and the creator of the passport index concept, said: “With a few notable exceptions, the latest rankings from the Henley Passport Index show that countries around the world increasingly view visa-openness as crucial to economic and social progress. Discussions of passport power and global mobility tend to focus on the benefits for the countries with the strongest passports.”

“However, this latest unique research appears to confirm something that many of us already knew intuitively: that increased visa-openness benefits the entire global community, and not just the strongest countries.”

Read More: Irish passport applications up by 30% already this year

Arton Capital also ranks the Irish passport 14th out of 199 places based on its “individual country and visa characteristics.”

Do you have an Irish passport? Let us know in the comments!