Ireland's chapter in the International Appalachian Trail runs from the spectacular West Donegal to the stunning North Coast in County Antrim. 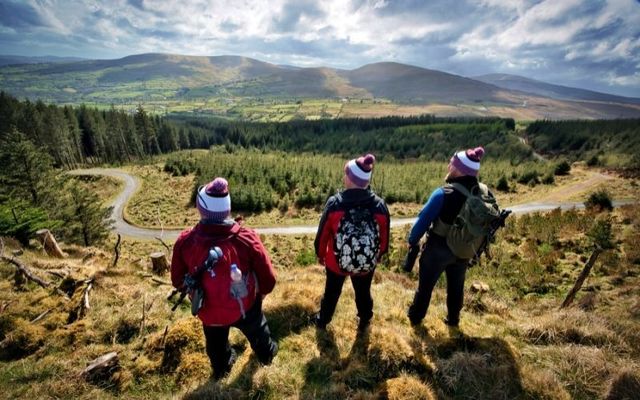 Get ready to take the next step on one of the world’s largest walking trail networks, the Ulster–Ireland leg of the International Appalachian Trail.

The next phase of the Ulster-Ireland chapter of the International Appalachian Trail (IAT) has been launched across Northern Ireland and the Republic of Ireland and is an extension of the world-renowned walking route on the Canada and US border, as well as in countries around the globe.

The route starts at Bunglas Viewpoint at the spectacular Slieve League and passes through the BlueStack Mountains in County Donegal before crossing the border into Northern Ireland at Kelly’s Bridge.

Here the route picks up the Ulster Way where it takes through the rural landscapes of Tyrone and the Sperrins, as well as taking in the much loved Ulster American Folk Park – itself a shrine to the lasting connection between Ulster and America.

Past The Sperrins the IAT Ulster-Ireland runs north onto the world-famous Giant’s Causeway Coast and the stunning north Antrim coastline before traversing the Glens of Antrim and finishing at the port of Larne. 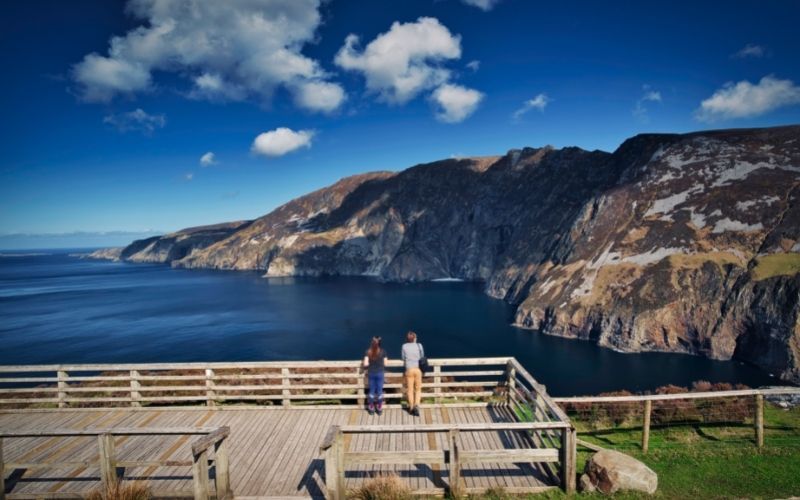 Slieve League boasts some of the highest cliffs in Europe with the League's path leading up to nearly 2,000 feet. Close to the summit of Slieve League is the Eagle’s Nest, boasting the type of birds-eye views the name would suggest.

From the Slieve League cliffs, the trail continues through Donegal crossing the birthplace of an Irish saint: Columba. The trail brings hikers down from the cliffs to the sandy beaches of Silver Strand and Maghera. At Glencolumbkille walkers can take in the Folk Village, a living history museum that provides an insight into rural Ireland during the previous centuries.

Both history and beauty await you, as the journey continues through Donegal’s Bluestack Mountains. Here you’ll discover the remains of an ancient 6th-century Christian settlement and as you head north you pass through the stunning English Valley home to the scenic Lough Eske.

At the Ulster American Folk Park in County Tyrone, you can relive the story of Ulster families searching for new lives in the Appalachian Mountains and other parts of America. 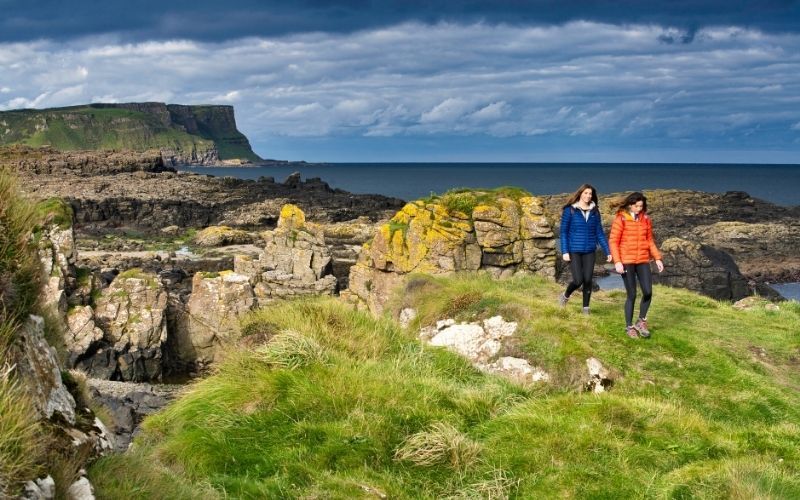 At the end of the Sperrin Mountains, the route begins to drop down along Northern Ireland’s Causeway Coastal Route. Here you’ll pass Mussenden Temple, built on the cliff edge in 1785.

The local’s ancestors must have quite literally loved living on the edge of life because a short detour from the route leads you to another cliff edge phenomenon in the form of Dunluce Castle. This medieval castle is perched on the edge of a crumbling cliff, above pounding waves. It’s easy to see why it provided the inspiration for Antrim author C.S. Lewis to create the castle of Cair Paravel in “The Chronicles of Narnia.” 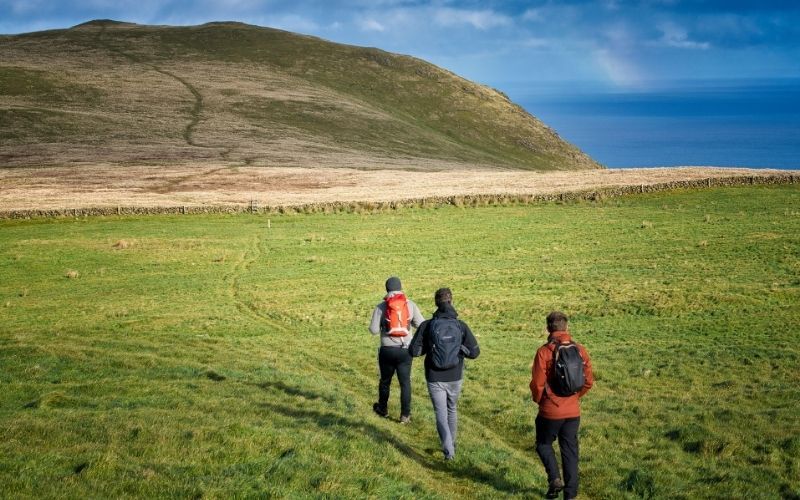 The IAT Ulster–Ireland initiative is part of a cross-border project funded by the Rural Development Programme 2014 – 2020 and is part-funded by the Department of Agriculture, Environment and Rural Affairs (DAERA) and the European Union.

Recent updates to the route include installed pieces of art, new trail furniture and updated information panels, and improved facilities at many locations.

The IAT continues to expand into new areas of Appalachian terrains, based on the original premise that the trail will eventually connect all the mountains that were created when the ancient continent Pangaea was formed.

It is hoped the investment in the IAT Ulster–Ireland will generate a significant level of interest in visiting the trail and encourage people to take the next step of the International Appalachian Trail.