The haunted castles of County Offaly

Co Offaly has a number of historically haunted spots, perfect for all kinds of thrill-seekers. Are you brave enough to visit these spooky Irish spots? 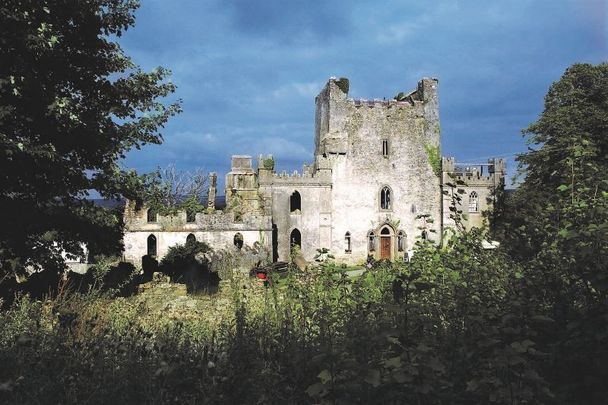 Leap Castle - would you be brave enough to spend the night here? Ireland's Content Pool

What do “Ghost Hunters,” “Scariest Places on Earth” and President Obama have in common? Why the spooky county of Offaly, of course!

These four castles in The Faithful County have been visited by some of television’s most famous paranormal investigators - let’s find out why.

Note: The following videos are designed to startle and scare - please only watch if you're comfortable with spooky content! 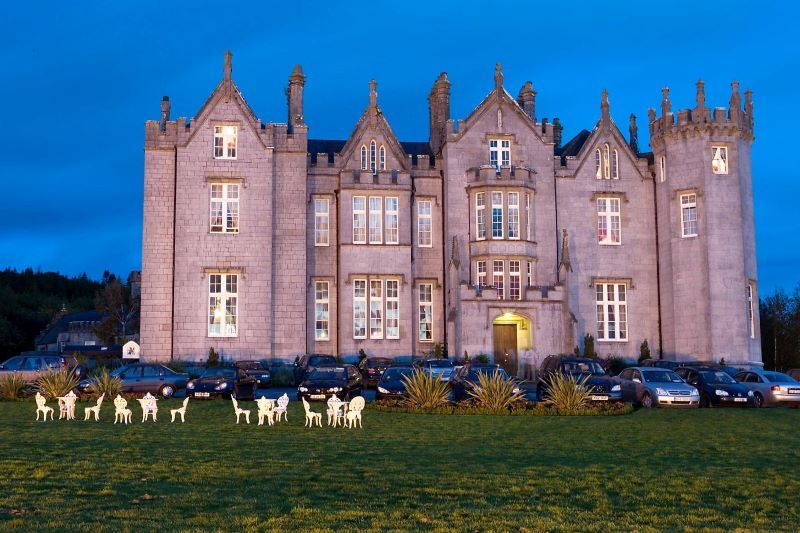 First built in 1209 and home to Druids and poets alike, this Gothic-style castle hotel was burned to the ground by Irish Republicans in 1922 and rebuilt to its current state in 1928.

The High Cross and Abbey wall of the original structure remain, and several ghosts are believed to haunt the grounds.

Two of the bedrooms, the Geraldine and Elizabeth rooms, are haunted and several other areas of the hotel leave visitors uneasy and spooked.

The most famous ghost, however, is that of the Monk of Kinnitty, Hugh. Although spotted by visitors and staff alike, the mostly friendly spirit prefers to communicate with one employee, sometimes predicting future events.

Kinnitty Castle castle was the subject of an investigation by UK television’s “Most Haunted.” 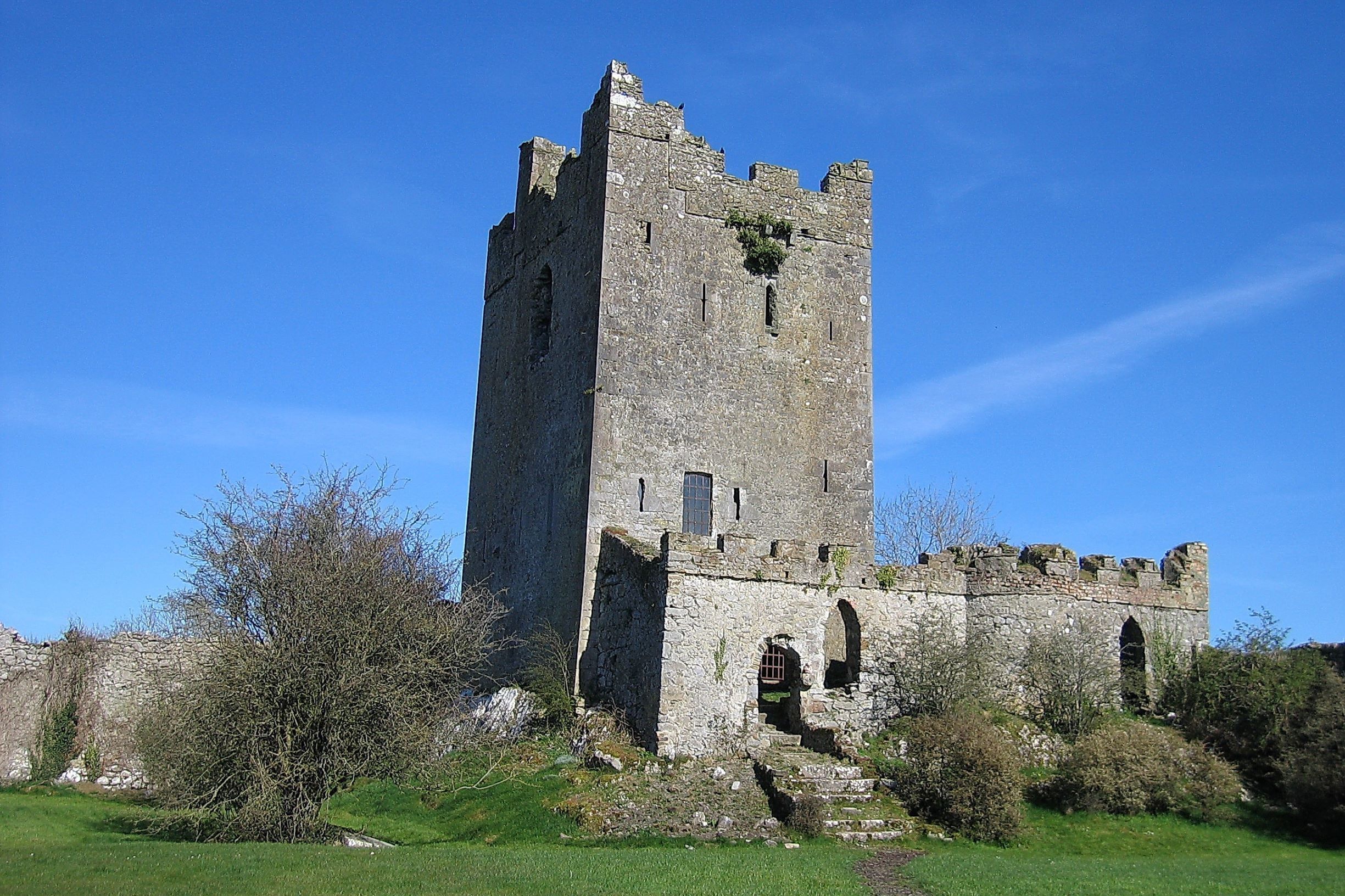 This 16th-century Tudor castle was built with all the usual features for the period, including a murder hole, mysterious passages, and a three-story tower.

It was given by King Henry VIII to Thomas Boleyn in exchange for the hand of his daughter, Anne. Anne’s two cousins (also cousins of Queen Elizabeth I) lived there and were buried on the grounds just a hundred feet from the castle, a fact only re-discovered in 1803.

There have been many reported sightings of the ghost of a skeletal being known as ‘The Thin Man’ atop of the tower, an eerie hazy glow surrounding him.

Visited by the “Ghost Hunters International” team and “Scariest Places on Earth,” this haunted castle was built in the early nineteenth century. The surrounding oak forest is hundreds of years old and was home to the Druids with a Druid’s Initiation Circle remaining.

The daughter of the 3rd Earl of Charleville, Harriet tragically died aged eight in 1861 after sliding down the main balustrade and losing her grip, crashing to the stone floor. Her ghost is still reportedly seen and felt on the stairs, and at night the screams, laughter, and singing of a young girl can be heard.

The 1st Earl of Charleville has also remained to protect his home, his spirit walking the tower. Visitors have also seen inexplicable balls of light darting throughout the castle.

Investigated by "Most Haunted," "Scariest Places on Earth" and the TAPS team from "Ghost Hunters," this castle was built in the late thirteenth century by the O’Bannon clan and could well be the most haunted place in Ireland.

Two brothers were fighting for leadership of the O’Bannon clan. On the fateful day when everything changed, one brother, a priest, was saying High Mass in what is now known as The Bloody Chapel. His rival brother entered and plunged a sword through his torso, whereupon the priest fell across the altar and died in front of his horrified family.

Despite being a burned-out shell, the chapel can still sometimes be seen illuminated from the road.

The Oubliette was a hole in the chapel traditionally used to store valuables or hide during an attack. The O’Carroll clan, who later inhabited the castle, had other ideas and used it to dispose of “unwanted guests,” particularly mercenaries they would hire and then poison, dumping them in the Oubliette when they served no further purpose. Many skeletons were removed during renovations and this was believed to stir up paranormal activity within the castle.

Monks have been seen in the Priests House, including a burly man seen pushing a barrel up a flight of stairs only for it to fall, and in the Murder Hole Room a cold hand has grasped the wrist of a resident, only for the room to fall still, a groaning heard and the sound of a body falling to the floor.

A woman known as The Red Lady has been seen prowling the halls, dressed in scarlet and brandishing a knife with a look of pure hatred on her face. An 11-year-old girl named Emily fell from the battlements in the 1600s and her fall can be witnessed time and again, although she disappears before impact.

Charlotte, a mysterious young girl with a deformed leg, can be seen walking the floor and at the fireplace.

Leap Castle was in the hands of the Darby family from 1649 until the 20th century and many if not all of the hauntings were witnessed by Mildred Darby in the late 1800s. Indeed she was believed to experiment with the occult and may have been pivotal in the manifestation of the spirit known as The Elemental.

The Elemental may have been summoned by Mildred Darby, however, it is more likely this ethereal being was on the sacred grounds before the castle was built. Mildred described the creature as gray, decomposing with claws and emitting a foul stench.

Although The Elemental can be felt as a sinister presence, it will only manifest and attack if it is provoked, so my suggestion is that you don’t.

*Ann O'Regan is a blogger, writer, and the Irish correspondent for Spooky Isles, a site dedicated to ghost stories and tales of horror from the UK and Ireland. More of her work can be read here.