The New York Times has reported that the EU may advise against travel from the US once it reopens its external borders next week due to the country's coronavirus situation. 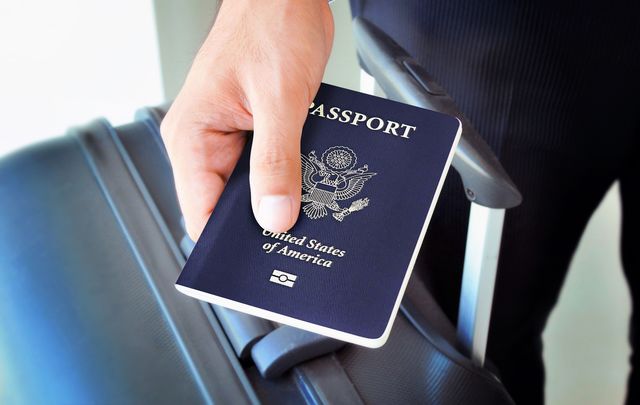 Travel from the US into the EU could be advised against due to the country's "epidemiological situation.'" Getty Images

The EU is aiming to reopen its borders from July 1, but who will be permitted in remains a question

The European Commission, the executive branch of the European Union, is considering recommending against travel from the US into the EU due to the status of coronavirus in the country, according to a report in The New York Times.

In a piece published on June 23, The New York Times said: “European nations are currently haggling over two potential lists of acceptable visitors based on how countries are faring with the coronavirus pandemic. Both lists include China, as well as developing nations like Uganda, Cuba, and Vietnam. Both also exclude the United States and other countries that were deemed too risky because of the spread of the virus.”

The NYT noted: “The draft lists were shared with the Times by an official involved in the talks and confirmed by another official involved in the talks. Two additional European Union officials confirmed the content of the lists as well as the details of the negotiations to shape and finalize them. All of the officials gave the information on condition of anonymity because the issue is politically delicate.”

The news comes as the European Commission is debating on how to approach the reopening of its external borders for non-essential travel after June 30. Worth noting, however, is that the Republic of Ireland never shut its borders due to coronavirus, but did implement a 14-day quarantine period for people arriving into the country from abroad.

On June 11, the European Commission said that it was formally recommending the partial and gradual lifting of travel restrictions into the EU after June 30, based on a “common coordinated approach.”

The European Commission said: “Actions at the EU's external borders must be coordinated and uniform to be effective. As travellers entering the EU can move freely from one country to another, it is crucial that Member States coordinate their decisions on lifting travel restrictions. This is why Member States should agree on a common list of non-EU countries for which travel restrictions can be lifted as of 1 July, to be reviewed on a regular basis."

Three factors have been proposed by the European Commission to be considered when creating the "common list:" objective criteria based on each country’s epidemiological situation; a common and coordinated approach across member states and Schengen Associated States; and flexibility wherein travel restrictions for a specific country could be reintroduced.

The European Commission added: “Where the travel restrictions continue to apply, Member States should ensure that those traveling to study are exempted, together with highly-skilled non-EU workers if their employment is necessary from an economic perspective and the work cannot be postponed or performed abroad. EU citizens and citizens of Schengen Associated States and non-EU nationals legally residing in the EU, as well as their family members, should also be exempt from the travel restriction regardless of whether or not they are returning home, as was the case until now.”

Officials told the NYT that the “list” of which nations could and could not travel to the EU would be revised every two weeks based on updated infection rates.

The NYT further said: "Once diplomats agree on a final list, it will be presented as a recommendation early next week before July 1. The E.U. can’t force members to adopt it, but European officials warn that failure of any of the 27 members to stick to it could lead to the reintroduction of borders within the bloc."

At present, the US has the highest total number of coronavirus cases, and deaths, in the world.

In March, US President Donald Trump announced a ban on travel from most European countries, including Ireland, applicable to foreign nationals. The ban, which is still in effect, does not apply to U.S. citizens, legal permanent residents, nor their family members under the age of 21, and other individuals who are identified in the proclamation. Nor does it apply to cargo and maritime shipping.

The Republic of Ireland is continuing to advise against all non-essential international travel for the time being as well.

A US State Department spokesperson told CNN this week: "We are committed to coordinating with our European partners and allies as we look forward to reopening our economies and easing restrictions.

"We continue to urge US citizens to check the websites of the relevant US embassy or consulate websites for information on entry restrictions, foreign quarantine policies, and urgent health information provided by local governments."