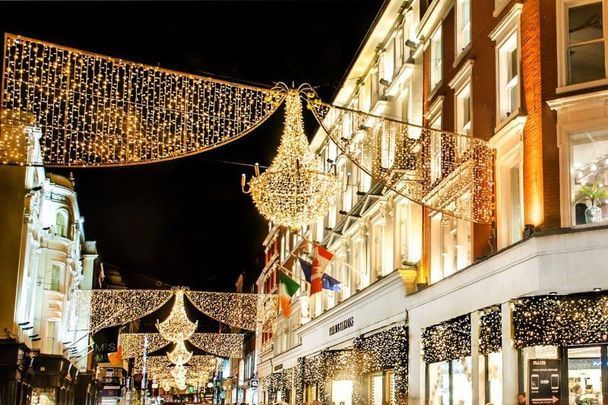 A leading travel magazine has named Dublin as one of the best cities in the world to celebrate Christmas.

"If your idea of Christmas merriment includes an authentic Irish pub crawl (we get it), then Dublin is your place," Condé Nast said, explaining why it had picked Dublin.

"There’s no better way to warm up on a cold Christmas night than with some black pudding and a few pints—and trust us, this city has enough cozy bars to last you through New Year’s."

The magazine also noted the shopping experience on Grafton Street in Dublin City Center and the Moving Crib in Parnell Square, which has entertained families for 66 years.

Condé Nast recommended staying in the Westbury Hotel, which "becomes even more luxurious during the holidays, with prime views overlooking the lights of Grafton Street during afternoon tea".

The magazine noted that there was "no shortage" of ways to make a New York Christmas magical, adding that ice-skating at the Rockefeller Center and window-shopping on Fifth Avenue were among the top activities to take part in.

It also recommended a visit to Brooklyn's Dyker Heights neighborhood, which has become famous for its Christmas lights displays.

London also made the list due to its decorated Georgian townhouses, lively pubs, and "Dickensian charm". The magazine also recommended taking a stroll around the frozen 18th-century courtyard of Somerset House.