Dublin's Grafton Street Christmas lights were turned on with the help of three special children on Thursday, officially kicking off the 2022 festive season. 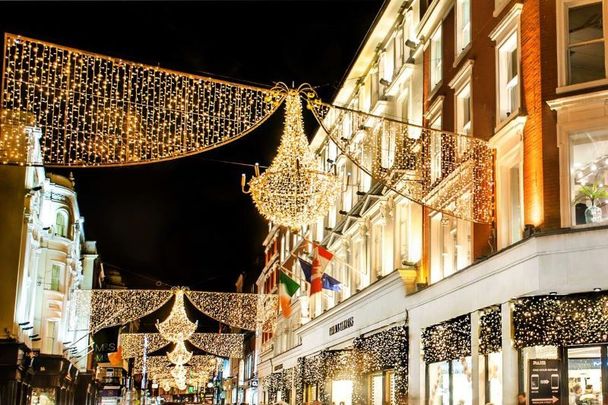 The surprise event was presented by FM104'S Enya Martin and Thomas 'Crossy' Crosse and was live-streamed across several social media pages.

🎅🏻🚨 THIS IS NOT A DRILL 🚨🎅🏻 We will be going LIVE shortly to switch on the Dublin Christmas lights with @CrossyTweets & @Gizalaughnew ! This is your warning to grab a hot chocolate and join in the fun! #DublinTown pic.twitter.com/poOE9HM7rr

Joining Martin and Crosse were three special guests from Little Blue Heroes, an Irish nonprofit that aims to help families in need in Ireland who have children undergoing long-term medical treatment for serious illnesses.

The three honorary Gardaí members, all four-year-olds from Dublin, had the distinction of pressing the big red button to officially turn on this year's Christmas lights.

The display, paid for by Dublin businesses via DublinTown and erected by the Dublin-based Fantasy Lights, will be in place through January.

“The lights will be on, people will be able to float around with their kids.

Elsewhere across Dublin, the Winter Lights are set to illuminate the city beginning this month.

❄️ Exciting news! We are delighted to announce that Dublin Winter Lights will make a welcome return later this month! ❄️
Now in its fifth year,#DublinWinterLights will illuminate the city once again in 2022 with an ever expanding and exciting festival programme so #watchthisspace pic.twitter.com/b6uDN7Eg1M