The Ultra-Rapid-Train network plan calls for a route between Dublin and Paris via a ferry-based sea link between Cork and Brest. 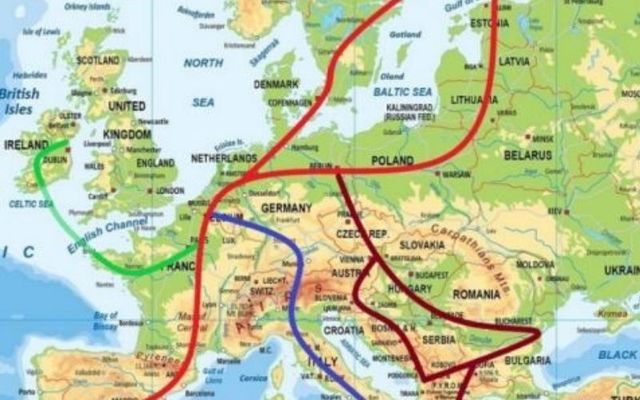 A European economic institute has proposed building a high-speed train route connecting Dublin and Paris as a means to kickstart the European economy following the COVID-19 pandemic.

The Ultra-Rapid-Train network plan calls for a route between Dublin and Paris via a ferry-based sea link between Cork and Brest.

The institute estimates that the rail network would cost around €1.1 trillion ($1.24 trillion) to build and the bill would be split between European countries based on the length of track built in each country.

Ireland would pay around €23 billion based on 2019 rates, according to the plans, which call for 404km of track in the country.

The WIIW says that trains would have an average speed of between 250 and 350km/h, meaning that people could get from Dublin to Cork in just one hour and nine minutes.

Read more: Planes, trains and automobiles - getting around in Ireland on vacation

The other three proposed rail links are Lisbon, Portugal to Helsinki, Finland; Brussels, Belgium, to Valletta, Malta; and Berlin, Germany, to Nicosia, Cyprus.

Irish passengers would be able to swap trains in Paris and take the Lisbon to Helsinki line, which would also run through the French capital.

The WIIW estimates that the rail network would cut Europe's domestic air passenger totals in half and cut CO2 emissions by up to 5% in the process.

The ambitious plan would aid Europe's recovery from the recession brought on by the COVID-19 and the routes would be built over ten years throughout the 2010s and the WIIW argues that the plan would have numerous benefits for the continent, including enhanced European integration, faster transport, economic recovery, and reduced emissions.