Exploring the ever-changing countryside of North Kildare and Meath 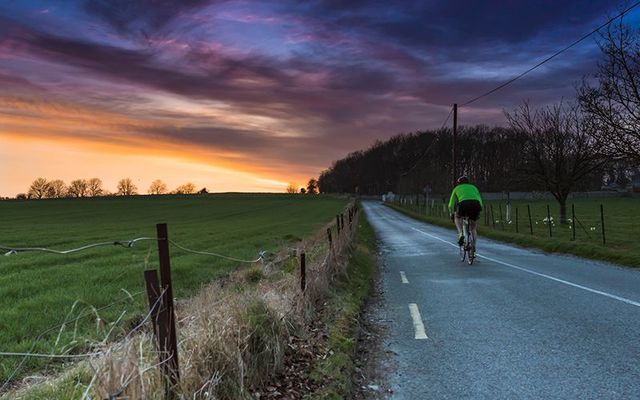 The forecaster proudly proclaimed we are in grip of the Atlantic regime. I am old enough to know what that means in Ireland.

A succession of weather fronts line up out there, somewhere in the Atlantic, and take turns sweeping in from the west. Wind, rain, and short days make long-term planning difficult. My bike is rested up in the hallway and like the dog, makes me feel guilty each day we don’t get out and about. So, when I saw at last crisp blue sky one morning, I seized the opportunity and cycled out to explore the countryside of North Kildare.

This area is often overlooked by visitors as they head straight for sea cliffs and mountainous areas to the west. I remember in school teacher explained that Ireland was shaped like a great big saucer with high parts around the rim and a flat plain in middle.

Kildare stretches toward the middle; it’s landlocked and there are few hills. However, it would be a mistake to underestimate the beauty and depth of this great county. Winter cycling can be an ever-changing experience. One minute you’re pushing along in the shelter of hedgerows and next you’re battling swirling wind from across fields.

At times you need sunglasses to deal with low sun and later you need lights to deal with dark skies. Sometimes you feel too warm and regret the many layers you have on, while other times chill wind passes through all attempts at insulation.

Today was none of these. Today was perfect. Perfect light, no wind, and a long road to explore.

This is the land of the horse and Kildare is known throughout the equestrian world as a quality location for breeding stud farms. Foals born in leafy pastures of north Kildare are destined for future Derbies in Epsom and Churchill Downs. 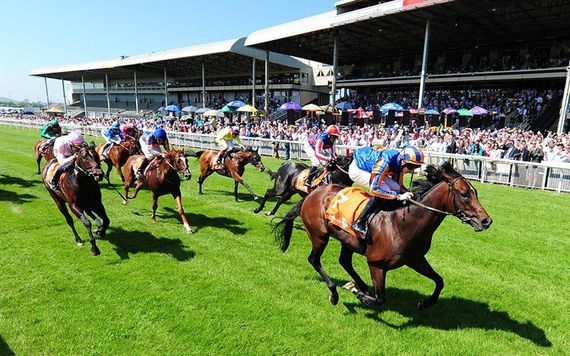 Horses racing at the Curragh, in Kildare.

These were my thoughts as I passed through the townland of Moyglare. On each side, double fencing and manicured trimmings of elite stud farms remind me of the wealth and nobility associated with this part of the country.

It is a quiet time, mares in their winter jackets left to graze and build strength, no doubt carrying within future hopes for Melbourne Cup or Prix de l’Arc de Triomphe. I too was racing along in high gear; my shadow bouncing alongside and the low light of the sun bringing texture to every surface. I was in the zone.

When the ambush came I was startled and swerved awkwardly. He must have been hiding behind a low hedge waiting for me to pass. He shot out, barking furiously, and scuttled alongside expressing annoyance at the invader. I would love to suggest he was the size of an Irish wolfhound but perhaps Toto from Wizard of Oz is more accurate. By the time I realized my life was not in danger he was struggling to keep up.

Further on I pulled up and looked back; he stood there in the middle of the road satisfied with his work. I smiled at him and he still looked angry. In a field nearby, I noticed a donkey observing scene - both ends of the equestrian spectrum on the same road. 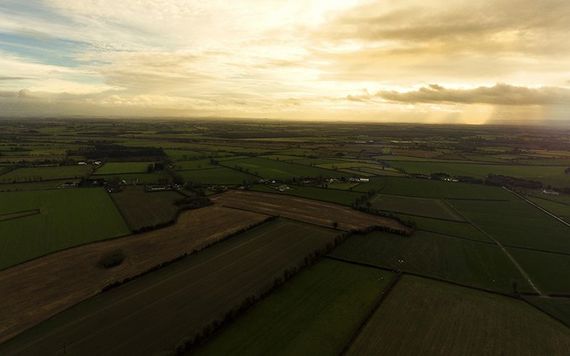 The beautiful sprawling countryside of Kildare.

This part of Ireland was once known as Pale. Centuries ago it was where most of the Normans lived protected by a fortified ditch that kept them safe from wild Irish tribes.

They had come to Ireland in the 12th century and over years, integrated so well that they were said to be ‘more Irish than Irish themselves’. Gerald FitzGerald was the most powerful man in Ireland and acted as King’s Deputy at the time of Henry VIII. That was until he was called over to London for being ‘seditious’ and stripped of office.

His son, known as Silken Thomas because of the fancy clothing worn by his guard, went into a rage and marched on Dublin to declare rebellion. Henry responded by sending an army and Thomas and other FitzGeralds were eventually taken and executed.

Maynooth Castle, my eventual destination, was the ancestral home of the Fitzgeralds and has seen many battles. I know the town well and like to think that at one time it was the center of power in Ireland. An interesting aside is the coat of arms, still to be seen at the entrance to the castle, bears the symbol of two monkeys. The story goes that the first Earl of FitzGerald was rescued from a fire by a family pet monkey and the animal has had pride of place ever since.

Many Irish people have names that indicate a Norman ancestry such as deLacy, FitzMaurice, FitzPatrick, and of course, FitzGerald. Although Normans invaded and displaced people before them they also integrated and enriched the cultural mix of the island. In the end, it was their independent thinking and, you could say, Irish-ness that caused so much upset to the kings of England and would eventually lead to their downfall. Evidence of the past is embedded throughout the landscape of this route.

Further on, I come across an old church at Rodanstown complete with yew trees and an overgrown cemetery. I stop to explore and try to make out names on old stones. They are too old and worn to reveal their details. It should be quiet and peaceful, but crows and ravens above were having a conference and created quite a racket. The road becomes a path and the path becomes a track – this is a cycleway - and I get back to the rhythm of the journey.

Where the grass grows in middle you need to be cautious. My bicycle is a hybrid, somewhere in between a racer and a mountain bike. It can take some uneven surfaces, but it’s not built for the rough stuff. Eventually, I come to join a road and head north to take the wide loop around to Maynooth. There is a gradual hill and I must work harder to stay the pace. I had left Kildare and was now in County Meath, Royal County, so named because of the famous high kings of Tara. I came to a wonderful sign: this way for St Bridget’s.