From November 29, if you are traveling to Ireland from the US or another 'orange,' 'red' or 'grey' country, you will not have to maintain the 14-day self-restriction period if you produce a negative PCR test. 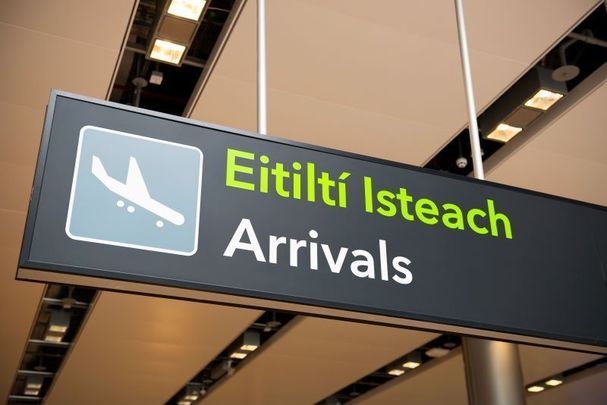 Travelers from the United States and other 'orange,' 'red,' and 'gray' countries will not be required to complete 14 days of restricted movements if they can produce a negative PCR test taken five days after arrival in Ireland.

The Republic of Ireland has recently adopted the European Union's 'Traffic Lights Approach to Travel,' which sees regions across the European Union (EU) and European Economic Area (EEA) (+ UK) to be categorized as green, orange, red, or grey, on the basis of the risk levels associated with COVID-19.

Each country's categorization is based on criteria including the 14-day cumulative incidence rate, testing rate, and testing positivity rates.

Each week, areas that are a part of the EU's Traffic Lights System will be marked in the following colors:

(On November 19, Ireland was in the 'orange' category.)

According to Ireland's Department of Foreign Affairs (DFA), travelers from countries outside the EU / EEA, such as the United States, will be treated as travelers from red / grey regions, including in relation to certain exempted categories, which are outlined here by Ireland's DFA.

Under the EU's Traffic Lights Approach to Travel, each Member State decides what entry restrictions or requirements it applies for travelers from red, orange, and grey regions.

If a traveler is arriving in Ireland from an orange, red, or gray country, they are requested to restrict their movements for 14 days, except in certain situations, which are outlined here by Ireland's DFA.

However, from November 29, the 14-day period of restricted movement can end if you receive a negative / ’not detected’ result of a PCR test that has been taken a minimum of five days after your arrival in Ireland.

Where can I get a PCR test in Ireland?

Travelers are advised to wait for your negative test result to be returned before ending the period of restricted movements.

While travelers may be able to 'test out' of the 14-day period of restricted movements beginning on November 29, the whole of Ireland is currently under Level 5 restrictions until at least December 1.

Despite the Traffic Lights system, Ireland’s Department of Foreign Affairs continues to advise against all non-essential travel abroad. Similarly, the US State Department has listed Ireland under its Level 3 'Reconsider Travel' advisory.

If you are planning on traveling to Ireland, you are urged to familiarize yourself with this travel information from Ireland's Department of Foreign Affairs.