After $74.7 million restoration project, Ashford Castle is named the best of the best by 9,000 travel experts. 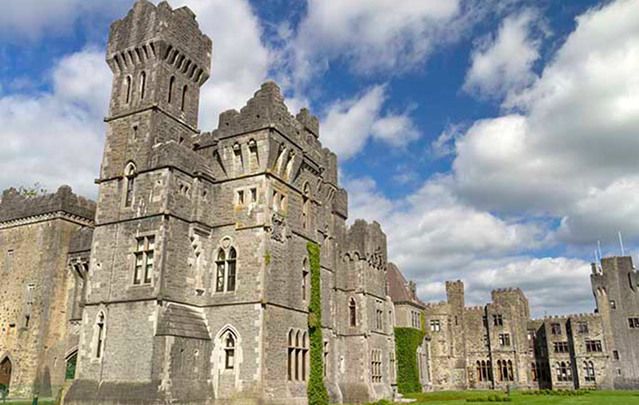 After $74.7 million restoration project Ashford Castle is named the best of the best by 9,000 travel experts, in Las Vegas. iStock

A county Mayo hotel was named the best in the world by a renowned Las Vegas travel conference in 2015.

Ashford Castle, in Cong, County Mayo, was awarded the title of the 2015 Hotel of the Year by Virtuoso, at the 27th annual Virtuoso Travel Week conference, in Vegas lasy August. Located on the shores of Lough Corrib, the recently restored castle was crowned the best hotel in the world by a network composed of 9,000 experts from around the world.

The castle was bought by the Tollman family, who own the Red Carnation Hotel Group. The company renovated the historic property and reopened the doors in April 2015 after a two-year, $74.7 million restoration project.

The property was once owned by Lord and Lady Ardilaun of the Guinness family. In the past it has welcomed royalty, celebrities, and heads of state including George V (then Prince of Wales), Ronald Reagan, Brad Pitt, John Wayne, Fred Astaire, Barbra Streisand, John Travolta and many more.

Delighted to have scooped 'Hotel of Year' @Virtuoso 'Best of the Best' Awards #VirtuosoWeek http://t.co/8JBCcCZVVV pic.twitter.com/XRC0EiB0ZD

Speaking to the Connacht Telegraph, from Las Vegas, Ashford Castle General Manager Niall Rochford said “On behalf of Ashford Castle and Red Carnation Hotels we are thrilled to have been awarded one of the luxury travel industry’s top awards, Virtuoso Hotel of the Year.

"It is fantastic recognition of the exciting journey Ashford Castle has been on over the last few years and all the hard work that has gone into the $75 million restoration by the Tollman family and all the team at Ashford.

"The three-year programme, much of which was carried out by local craftspeople, has seen Ashford Castle restored as one of Ireland’s most luxurious hotels as well as one of the best in the World. It is also an endorsement of the training, development and investment in staff which has enabled us to offer even greater attentive and highly personalized service.”