A golf vacation to dream of - “Rugged, windblown." Golf Digest says “there is no lovelier place in golf.” 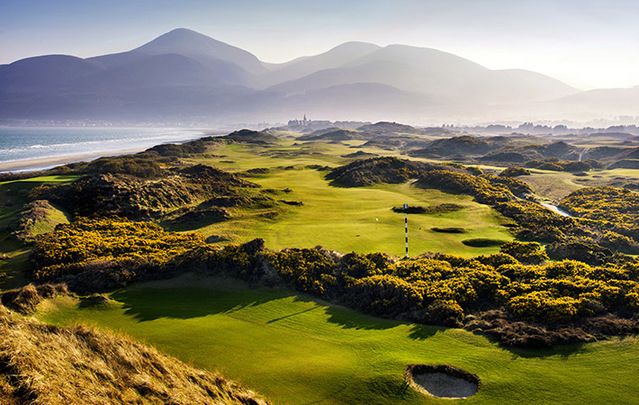 Royal County Down: A golf vacation to dream of - “Rugged, windblown." Golf Digest says “there is no lovelier place in golf.” Tourism Ireland

Did you know the Royal County Down golf course was once voted the best in the world by Golf Digest magazine’s list of “The World’s 100 Greatest Golf Courses”?

They referred to the golf course in 2016, which held the Duty Free Irish Open in 2015, as a “surprising but deserving new number one.” It’s most likely that last year’s exposure contributed to the fact that the course jumped from four to number one.

They continue “Royal County Down, on rugged, windblown topography along the Irish Sea and beneath the Mountains of Mourne, features snarling bunkers edged by marram grass and dates from 1889.”

The course, located in Newcastle, took the top spot from Pine Valley, in New Jersey, which this year dropped to number three.

Their description of the Royal County Down certainly sells the whole experience:

“On a clear spring day, with Dundrum Bay to the east, the Mountains of Mourne to the south and gorse-covered dunes in golden bloom, there is no lovelier place in golf than our new No. 1. Its design is attributed to Old Tom Morris but was refined by half a dozen architects in the past 120 years, most recently by Donald Steel. Though the greens are surprisingly flat, as if to compensate for the rugged terrain and numerous blind shots, bunkers are a definite highlight, most with arched eyebrows of dense marram grasses and impenetrable clumps of heather.” 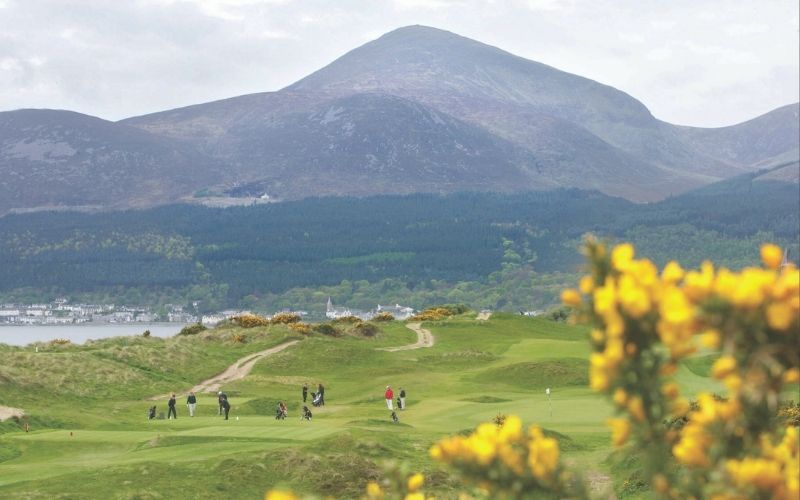 More than 1,800 panelists took part in assessing courses across the globe. In at number second comes the Augusta National. The only other Irish course to make it to the top 100 was the Royal Portrush course, in Antrim, listed at number 27.

Golf Digest said “The dominant theme of our new ranking of the World's 100 Greatest Golf Courses is proximity to the sea. We count 46 of the Top 100 as being oceanside venues, including our new No. 1, Royal County Down in Northern Ireland and the two hottest new layouts on the globe, No. 19 Cabot Cliffs in Nova Scotia and No. 24 Cape Wickham in Australia.”

Tourism Ireland are delighted with the news of the Royal County Down’s listing. Niall Gibbons, CEO of Tourism Ireland, said “It is a fantastic accolade for Royal County Down to be voted number one golf course in the world-beating other world-renowned courses such as Augusta National, venue for the US Masters, and Pine Valley, New Jersey."

"And I am delighted to see another local course, Royal Portrush, come in at number 27 on the same list.

"This wonderful endorsement presents Tourism Ireland with another invaluable opportunity to showcase Northern Ireland to golfers and prospective visitors around the world."

He added "We will be pulling out all the stops – in Great Britain, the US and in other important golf markets – to capitalize on the potential of this wonderful news.

The Royal County Down and the Royal Portrush are also in the Irish Golf Blog’s top 100 of 2015.