The Wild Atlantic Way is a 1500 miles driving route, traversing the spectacular west coast of Ireland from Cork to Donegal. 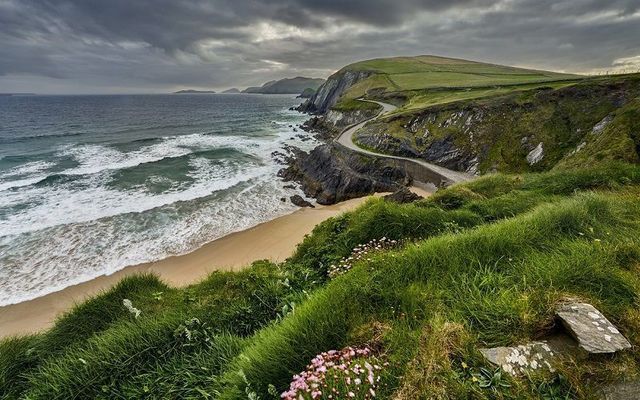 A new survey has ranked Ireland's Wild Atlantic Way as one of the most romantic road trips for couples.

According to a study by Confused.com, which analyzed hundreds of thousands of reviews to calculate a 'romance score,' the Wild Atlantic Way, which 34.39% of reviewers describe as romantic, came in no. 6 on the list.

The Wild Atlantic Way is a 2500km (1500 miles) driving route, stretching from Malin Head in County Donegal to Kinsale in County Cork along Ireland’s western seaboard.

Launched in February 2014, it traverses the entire rugged and spectacular west coast of Ireland from Cork through counties Kerry, Clare, Galway, Mayo, Sligo, Leitrim to Donegal.

The German Alpine Road, which includes the Linderhof Palace and Neuschwanstein Castle, was revealed as the most romantic driving location in the world followed by Italy's Puglia in second place and the Amalfi Coast in third.

In fact, Italy claimed three of the places on the list, with Tuscany coming in at no. five.

Alex Kindred, car insurance expert at Confused.com, commented: “Taking a road trip, at home or abroad, can make for an unforgettable experience. And if you’re traveling along some of the most romantic or idyllic routes the world has to offer, take turns behind the wheel. This offers you both the chance to enjoy the scenery while avoiding tiredness.

"Though, if you do go down this route, it’s important to remember that whoever’s driving must be insured in line with the laws of the country you’re traveling in. And this could vary depending on if you’re taking your own car, or hiring.

Here are the top 10 most romantic road trips in the world: