Spike Island, a former prison base in Co. Cork, was named the top tourist attraction in Europe for 2017 at the World Travel Awards 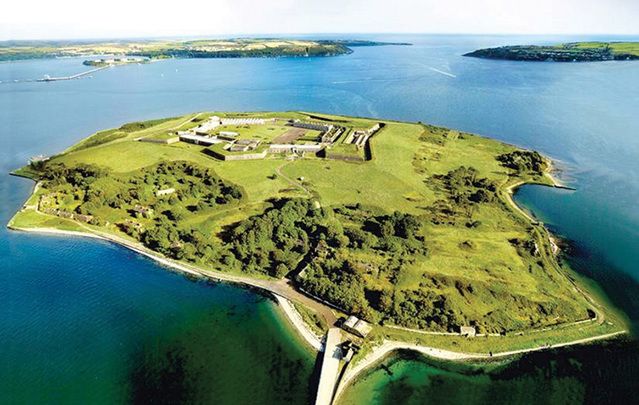 Spike Island, a former prison base in Co. Cork, was named the top tourist attraction in Europe for 2017 at the World Travel Awards.

With competitors such as the Eiffel Tower, Buckingham Palace, La Sagrada Familia in Barcelona, and the Roman Colosseum, the win is something of a hat trick for Spike Island, which only opened to tourists in 2015.

The island - now known as Ireland's Alcatraz - was once a monastic settlement, and eventually, a military fortress was built there out of fear that France or Spain would invade Ireland.

The island was turned into a prison in the 19th century; at one point nearly two and a half thousand souls were incarcerated there – making it the biggest prison in the British Isles.

The entrance to Fort Mitchel on Spike Island.

John Crotty, the attraction's general manager, told the BBC his team is "absolutely ecstatic" about the award.

"We've only been open to the public for about three years, and it's the first time in the island's history that anyone could come over and see it. There's 1,300 years of history here. We're hoping that it can become an iconic attraction in the same vein as Titanic Belfast or Guinness Storehouse."

The Guinness Storehouse and Titanic Belfast are both past recipients of the World Travel Awards honor, in 2015 and 2016 respectively. Titanic Belfast went on to win the association's top honor as the world's leading tourist attraction, and Spike Island gets to move on to compete for the same.

Even now, the history of Spike Island continues to grow more fascinating. In May, a network of tunnels hundreds of feet long was discovered on the island, likely a smugglers route.

Have you been to Spike Island? Will you be going now that it's the top tourist attraction in Europe? Tell us in the comment section.