Hundreds of metres of tunnels discovered under a historic prison island

During Famine times Spike Island in Cork was home to the largest prison population in Europe. 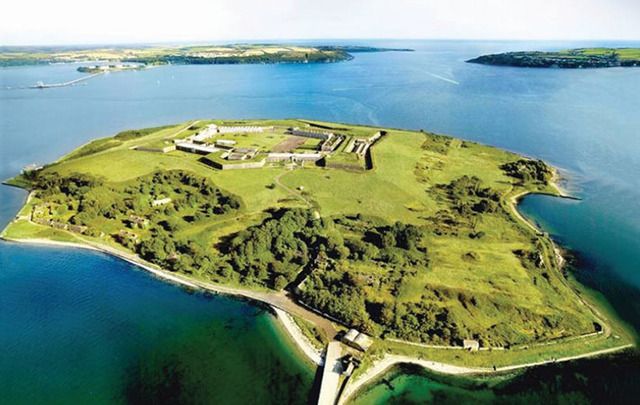 A network of tunnels, hundreds of feet long, has been found on an island in Cork Harbour. The discovery has also provided a treasure trove of items not seen in decades – such as military equipment and prisoners’ identity badges – which are now in the hands of local historians.

John Crotty, who looks after the island as part of his job with Cork County Council, said they were also aware of another tunnel on the island used by smugglers since the 16th century. Regrettably however they had decided to seal it off because it was most likely structurally unsound.

“We knew of the existence of the tunnels under Bastion No 3, but they are a lot bigger than we expected. They go on for hundreds of metres in a U shape. There’s a warren of areas within them for storage,” Crotty told the Irish Examiner.

Hundreds of metres of tunnels discovered under Spike Islandhttps://t.co/xliQXWwtFW pic.twitter.com/L1JtUNS6CW

“We’re finding a lot of military equipment down there including parts for guns and badges for prisoners, which are more than 100 years old. There’s also a bellows, which formed part of a workshop and we are hoping to restore that and put it and other artifacts on display.”

Once a military fortress built out of a fear that France or Spain would invade Ireland, the island was turned out to into a prison in the 19th century; at one point nearly two and a half thousand souls were incarcerated there – making it the biggest prison in world – at a time when thousands of Irish people were driven to petty crime by the hardship of the Great Famine. There at least they would be fed.

Today again the island will make history: the Irish Prison Service will donate the Spike Island Convict Church chalice and paten to the island’s visitor center.

The items date from 1848 and were used when the prison was at its peak; religion forming a key part of the penal system’s attempts to rehabilitate criminals.

The island has also been shortlisted for a travel award alongside other European icons such as Buckingham Palace and the Colosseum. Other Irish winners have included the Guinness Storehouse in Dublin and Belfast’s Titanic Quarter.

Here's a short clip from RTE on the island: