Number of Northern American visitors to Ireland are way up

While the number of visitors to Ireland from Great Britain are on the decrease in 2017, over 682,000 travelers from North America stopped off in the Emerald Isle at some point in the last ten months. 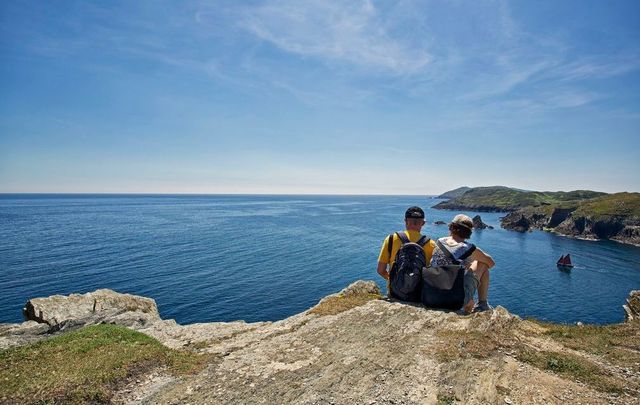 While the number of visitors to Ireland from Great Britain are on the decrease in 2017, over 682,000 travelers from North America stopped off in the Emerald Isle at some point in the last ten months. iStock

Overseas visitors to Ireland in 2017 continue to rise with a large increase in the number of North American visitors.

There was a massive 14.8% percent increase in the number of overseas visitors to Ireland from North America this year, with a leap to 682,500 between January and October 2017 compared to the same time period last year.

Ireland is enjoying yet another great year of tourism, despite numbers from the Great Britain having dropped in the first ten months of the year. It is believed, however, that while Brexit may be having a detrimental effect on these numbers, overseas visitors from elsewhere may now choose Ireland over Great Britain because of its continued placement within the EU.

The number of trips made overseas by Irish residents themselves also increased by 7.6%.

In a recent feature with US Today, Nancy Trejos explained just a few of the reasons why Ireland has become a prime destination for North American visitors with cheap airfares, family ties and the country’s pure beauty all playing a part.

Donegal hasalso enjoyed a jump in the number of visitors from North America this year. Image: Tourism Ireland.

“Ireland has become one of the most welcoming European destinations for U.S. citizens, with a currency in favor of the U.S. dollar and residents who appreciate visitors from across the pond,” Trejos writes.

“Ireland is hoping to capitalize on the United Kingdom’s exit from the European Union by marketing itself as the other English-speaking alternative in the region that still wants to remain part of Europe. Add to it short and cheap flights — and a familiar yet beguiling culture —and visitors are showing up.

“The options are so vast that Tourism Ireland estimates that one in every 10 Americans traveling to Europe are visiting Ireland. From January to September, the number of North American tourists to Ireland jumped 18.6% over the same period last year.”

Read more: Wow! Flights between New York and Dublin from $150

Herself taking a package deal with Aer Lingus which included flights, accommodation and travel between cities for less than $1,000, she visited the Dublin Docklands which she compares to New York’s Meatpacking District, the EPIC museum, the Dublin Writer’s Museum and the Hugh Lane Gallery. Trejos then travels outside of the capital, dropping into Adare Manor, Limerick and of course, the Cliffs of Moher.

Where you among the visitors to Ireland this year? Let us know about your time there in the comments section!