The museum, which is the oldest in Ireland, first opened in 1857 and features roughly 10,000 dead mammals, birds, fish, and insects. 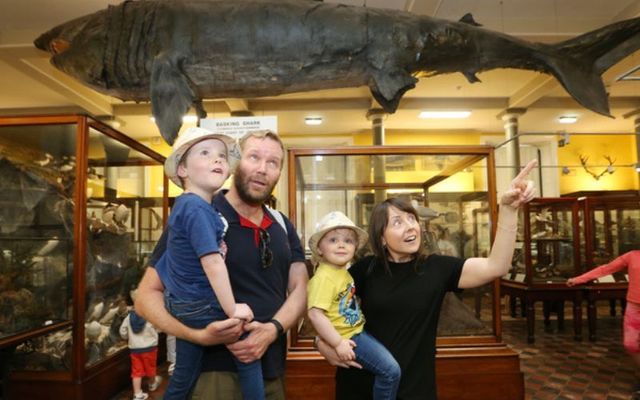 Ireland's Natural History Museum has reopened after remaining closed for more than two years as it underwent renovations.

The museum, which is the oldest in Ireland, first opened in 1857 and features roughly 10,000 dead mammals, birds, fish, and insects.

The museum was reported to be "fully booked and busy" as it made its long-awaited reopening earlier this month, according to the Irish Times.

The ground-floor exhibition of the museum has returned without any changes and features a variety of Irish animals including the giant Irish deer and a selection of Blaschka Glass Models. It also includes a "Wonder Cabinet" consisting of specially selected objects that visitors are permitted to touch, including animal fur and a piece of giant deer fossil that is over 10,000 years old.

However, the upper levels of the museum have remained closed due to ongoing renovations.

The Office of Public Works is currently carrying out investigative work on the museum's roof and has installed a roof access panel underneath the glass ceiling to investigate the roof and better understand the structure of the 160-year-old building.

The museum is scheduled to close again in 2023 once conservation work begins on its glass ceiling. It will also be making its upper levels accessible as part of the redevelopment project.

Admission to the museum is free, although advanced booking is required due to its limited capacity. No bookings are permitted for groups of more than six people.

Visitors are advised to spend roughly 45 minutes in the museum while it operates in a limited capacity.

Those looking to visit the upper levels can do so through the museum's 3D Virtual Visit.