These three historical golf resorts are among the most stunning on the island of Ireland. 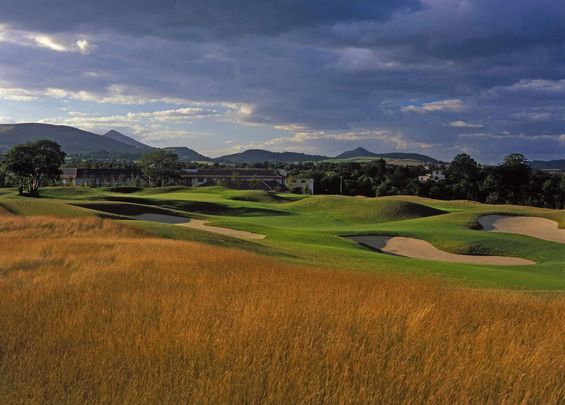 Many of these beautiful golf resorts were originally residences, such as manors, castles, and houses, for 19th century upper class families.

Golf Support recently revealed the most historical and Instagrammable golf courses in the UK and Ireland, and these three Irish golf resorts made the top 10 list.

Researchers first took to Instagram to find which popular golf resorts are the most shared on the platform. They then analyzed the history of each resort in order to uncover when each course was built, and what its original purpose was. (Only golf resorts that were built before the 19th century were included in this study.)

Galgorm Castle in Co Antrim, Northern Ireland dates back to 1618. The par-72 course, which was designed by Simon Gidman and opened in 1997, is nestled in the heart of the 220-acre estate and bordered by the rivers Maine and Braid.

K Club Hotel in Kildare is one of the top golf and spa resorts in Ireland.  The five-star resort is built on the original grounds of the Straffan estate. Straffan House, designed based on a French chateau, was completed in 1832 and was the home of the Barton family. It was established as a hotel in 1991. The two golf courses on the resort were designed by Arnold Palmer.

Druid's Glen Hotel and Golf Resort in Co Wicklow is nestled in 360 acres of countryside between the Wicklow Mountains and the Irish Sea. At the center of the golf course is Woodstock House, which was built in 1770 by Hon. John Stratford, Son of the Earl of Aldborough.  Druids Glen Golf Course opened in 1995 followed by the resort's 5-star hotel in 2002.