Take a sightseeing tour around Dublin with IrishCentral! (LIVE VIDEO)

Join us on a bus tour of Dublin city – check out the top sites from the GPO to the Guinness Storehouse. 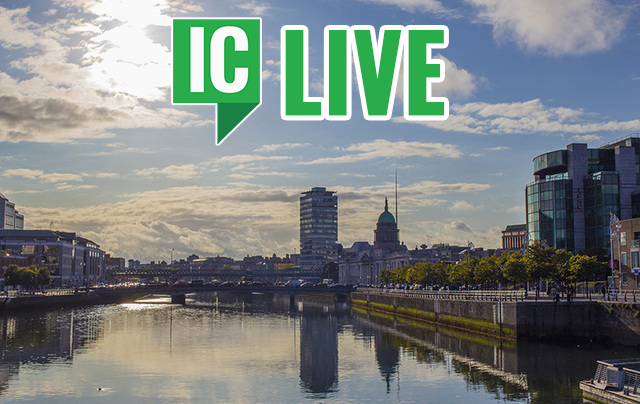 Join us on a bus tour of Dublin city – check out the top sites from the GPO to the Guinness Storehouse. iStock

With the St. Patrick’s Day Festival done and sun making an occasional appearance, spring has officially sprung in Dublin and the Irish are making the most of it. We decided to bring our readers out and about on a tour of Dublin, filmed from the top of an open top bus.

From O’Connell Street, to Trinity College on to Christchurch Cathedral and the Guinness Storehouse, join us on a tour of Dublin city center’s highlights. Soak in the sights and indulge in some serious people-watching with us.  We were live from 3.15pm (Dublin time), and now you can watch the full video here:

Dreaming of a trip to Ireland? Join IrishCentral live on a tour of Dublin! Read more: http://irsh.us/2nvchOx

Posted by IrishCentral.com on Wednesday, March 29, 2017

IrishCentral was happy to jump on board a DoDublin hop-on-hop-off bus tour. Part of Dublin Bus, these tours have been in operation since 1988 and the local bus drivers know every nook and cranny of this fair city.

These guys pride themselves on having great “banter” and knowing their city. In fact, when asked what their favorite tourist attractions in Dublin city were the 63 tour guides' choices came down to: Kilmainham Gaol, the Guinness Storehouse, St. Patrick’s Cathedral, Jameson Distillery, and The Little Museum of Dublin. Tours are available in ten languages – Irish, English, German, French, Spanish, Italian, Polish, Russian, Chinese, and Japanese.

Visitors to the city can avail of the best value with a DoDublin Card. At €33 for adults and €16 for children under 14 it offers unlimited travel for three days, including direct transfers to and from Dublin Airport on Airlink Express, The Hop-On-Hop-Off Tour, and all public buses on Dublin Bus routes.

Find out more here at DoDublin.ie.