Co Cork's Blarney Castle and its famous Blarney Stone, which promises the gift of gab for a kiss, is a great place to visit for good luck this year, according to psychics. 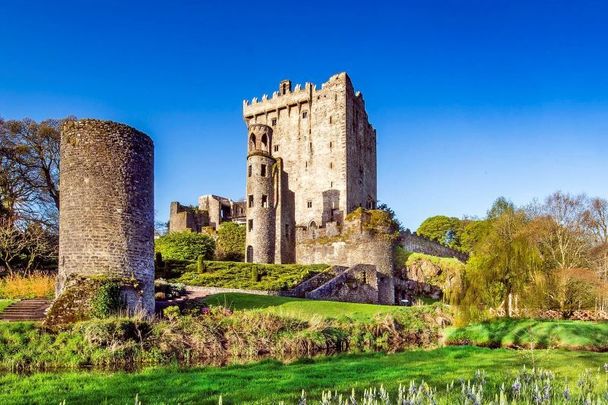 Blarney Castle in Co Cork, Ireland has been named one of the best places to visit for good luck this year. Ireland's Content Pool

Ireland's Blarney Castle has been named as one of the most popular destinations to visit for good luck this year.

The County Cork castle and its famous Blarney Stone, which promises the gift of gab for a smooch, is among the most popular tourist attractions in Ireland.

And according to the experts at PsychicWorld.com, Blarney Castle ranks fifth in a list of popular places to visit for good fortune for 2022.

Over the decades, millions of people have traveled to Blarney Castle to kiss the Blarney Stone, which was placed in the tower in 1446. To kiss the stone, the participant must ascend to the castle's peak, and lean over backward on the parapet's edge (ideally with the help of an assistant.) After accomplishing this feat, the kisser will then be gifted with eloquence and the skill of flattery. 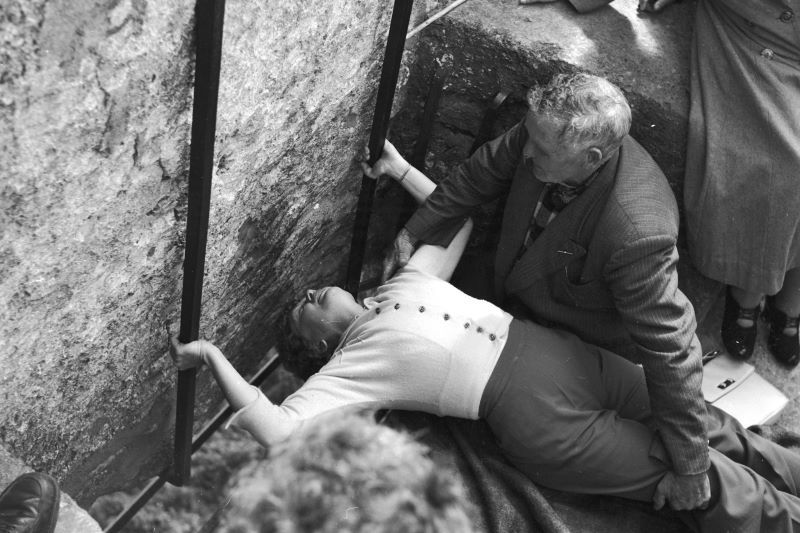 Circa 1950: With the help of the curator of the stone, a woman bends to kiss the Blarney Stone at Blarney Castle in County Cork. (Getty Images)

Ireland's Blarney Castle was one of 30 locations around the world considered by PsychicWorld.com that are believed to bring luck and good fortune to visitors. The list was created utilizing online articles from reputable sites such as TownAndCountryMag.com and ReadersDigest.com.

To determine which of these locations were the most popular to visit, an index was created based on three variables, including global monthly search volume averages, number of Instagram hashtags, and number of TripAdvisor reviews.

By combining these variables an average popularity score out of 10 was established for each of the 30  locations, revealing the top 10 most popular destinations.

Ultimately, the Trevi Fountain in Rome, Italy, topped PsychicWorld.com's list with a score of 9.5 out of 10. The picturesque fountain, which was completed in 1762, ranked the highest for number of TripAdvisor reviews (102,194) and second-highest for Instagram hashtags (572,969). Standing with your back to the fountain and tossing a coin over your left shoulder guarantees both luck and a return trip to Rome in the future.

Blarney Castle landed in fifth place on the list with a score of 7.5, just behind Charles Bridge, a medieval stone arch bridge in Prague, and just ahead of Fushimi Inari-taisha, a shrine in Kyoto, Japan. 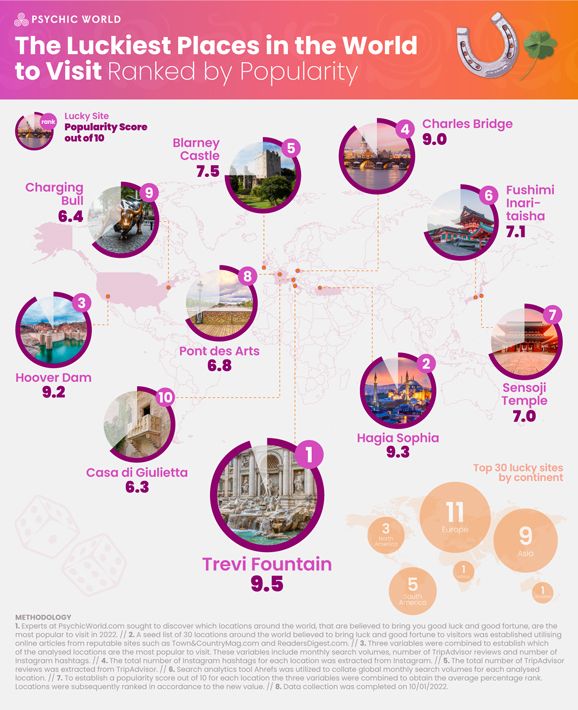