Belfast is the best city to raise a family in the UK, study finds 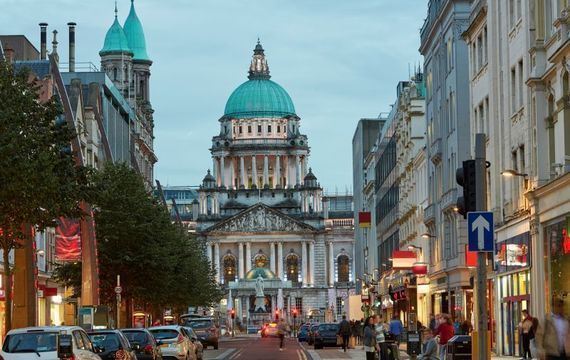 Belfast in Northern Ireland ranks as the best city in the UK to raise a family by examining the quality of life, cost of rent, and the number of attractions.

When moving to a city to raise a family, there are a number of aspects parents often take into consideration. From finance and childcare, to attractions and general health, choosing the right city plays a vital role in the upbringing of a family.

CIA Landlord Insurance has looked into the best cities to raise a family, gathering data on the key areas that would be important for parents. The metrics included analyzing the cost of rent, childcare and cost of bills alongside the number of schools, attractions, quality of life and pollution. 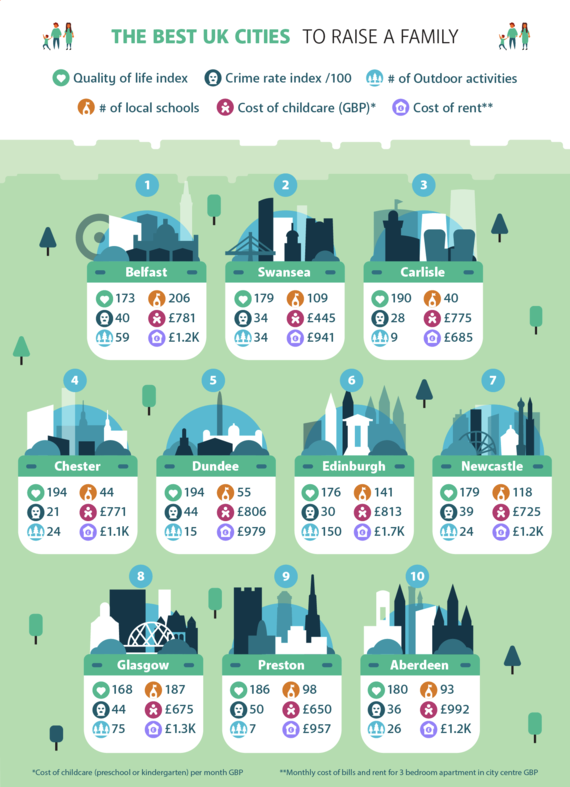 With more than 206 schools, Belfast is the best choice for families who prioritize education for their children. The city also has 59 outdoor activities and 219 attractions.

Swansea ranks second out of UK cities with its low cost of childcare playing a key role. Averaging £445 monthly, alongside £941 a month for renting a three-bedroom apartment with bills, the Welsh city is a very affordable option for raising a family.

Elsewhere in the study, Dublin, the capital city of Ireland, was included in the top ten of the healthiest cities to raise a family when combining metrics on happiness, quality of life, crime rate, pollution, and the cost of childcare per month. 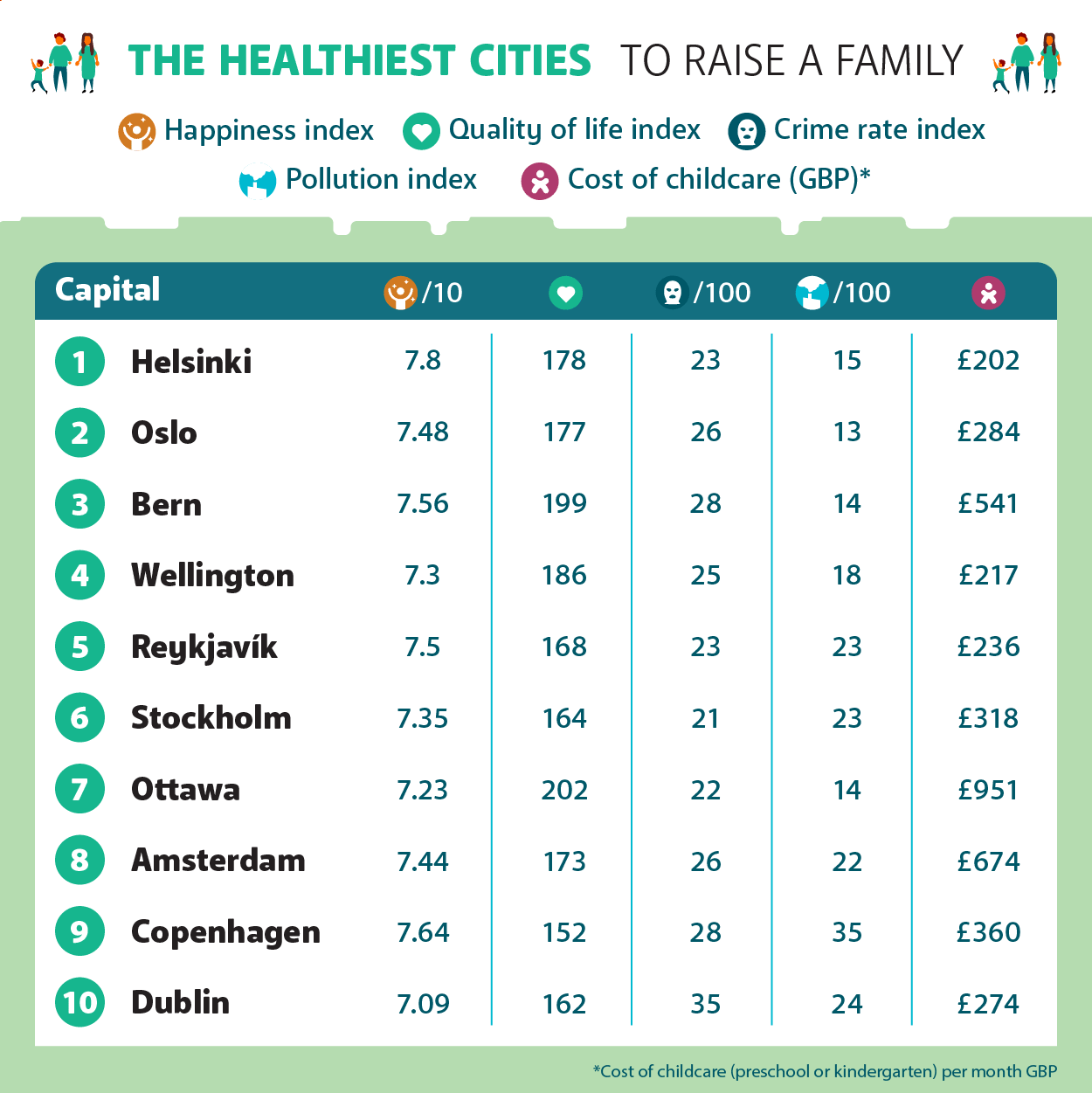 CIA Landlord's list of healthiest cities to raise a family

You can view the full study from CIA Landlord Insurance here.