A guide to luxury travel in Ireland

Ireland has some of the most luxurious places to stay in the whole world. 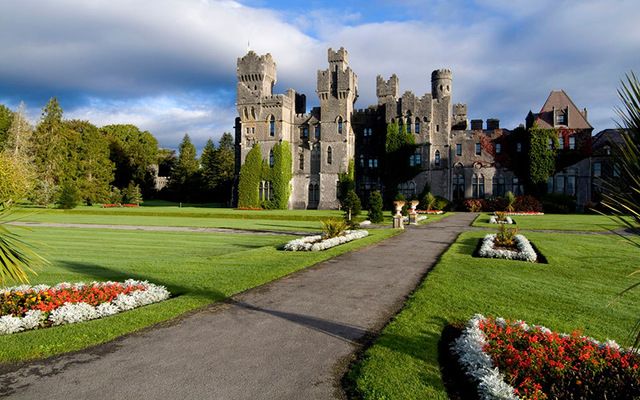 Ireland is a country with plenty of scope for luxury travel. Whether you want to spend your entire time in the capital city of Dublin or head down to the stunning countryside, there is something for you.

Obviously, if cost is no issue then fly when you please. But, for the sake of argument, if you were to fly direct with Aer Lingus from JFK to Dublin and then back the same route on July 10 and July 17 then you’d pay $726 if you were booking now. Then cut down on the journey time to your accommodation and hire a helicopter to get you to wherever want to go next with a minimum price tag of $2160.

If you fly back either from Dublin or Shannon, then you have the advantage of going through preclearance, which means you go through US immigration in Ireland and jump off the plane at the other end with no more bother than you do getting when your train pulls into Grand Central every morning.

If you’re looking for accommodation only at the very top end of the market, then the Presidential Suite of the Marker Hotel in Dublin is a good start which at 423 square feet is larger than an average-sized family home and when you’re paying more than $2,000 a night you shouldn’t expect anything less. Located in Grand Canal Square it’s not slap bang in the middle of Dublin city center but it does boast wonderful views of the nearby canal. Besides at that price, you can probably afford the price of an Uber (or Dublin’s equivalent, Hailo).

Also in Dublin is the famous Shelbourne Hotel which guards its traditional features as fiercely as the doormen bedecked in top hats guard the front entrance to the hotel itself. What’s more, the Shelbourne is located mere feet away from Ireland’s Parliament, the Dáil; Dublin’s premier retail street, Grafton Street; and overlooks some of the city’s most famous parks, St Stephen’s Green and Merrion Square. If you really want to push the boat out during your stay a room for one night in the hotel will cost you $1,600. Oddly, even at that price, it doesn’t include your breakfast.

Out West in Co. Mayo is Ashford Castle which is set on a 350-acre private estate on the banks of Lough Corrib. Guests can pursue fishing, horse riding, falconry or golf whilst staying in the castle that dates all the way back to 1228 and the Anglo-Normans. And if you stay in one of the Corrib Rooms, you even get a complimentary DVD copy of “The Quiet Man”.

In Munster, you could stay at the Sheen Falls in Kenmare on the Ring of Kerry. Occasionally called the ‘Snooty Falls’ by some of the cheekier locals. The Sheen Falls is situated in its own 300-acre estate with 15 miles of river dedicated to fishing alone.

Located on the Wild Atlantic Way, it boasts fantastic views and in the height of summer its master suite costs just under $1300 a night.

If you’d rather stay in an Air BnB instead of a hotel then Ireland also has some extremely luxurious options on offer.

At the very top end of the market is a house on Sorrento Rd in the prosperous Dublin suburb of Dalkey. Priced at $1,345  per day, the house is located close to the Dart station and has an on-site jacuzzi, sauna and plunge pool for guests. With 5 bedrooms and measuring over 5,000 square feet in size, it’s large enough for a family, or three. Keep an eye out for near neighbors Bono and musician Van Morrison.

Read more: Doing Ireland on the cheap - how to see it all and save a fortune

Down the country, you could opt for Shriff Lodge in Dromahair, Co. Leitrim which comes with 80 acres of private woodland. The lodge overlooks Lough Gill and the Isle of Inishfree made famous by Yeat’s much-loved poem. Rented out at $1,225 per night, it would suit a single very large Irish Catholic family, as it sleeps 12.

Or if you fancy staying in a castle, there’s one for rent in Kilmaine, Co. Mayo. Dating from medieval times, Turin Castle has five bedrooms and charges $1,001 a night.

Ireland isn’t like America in that there are few restaurants where you could spend hundreds of dollars on a meal but there are a number of Michelin star restaurants to choose from.

Top of the list is Restaurant Patrick Guilbaud - the only two star Michelin restaurant in Ireland. For an appetizer, fish, meat and dessert you should expect to pay just $150.

Thanks to the über-talented @BarryMcCallFoto we've finally got some great photos of our refurbishment. pic.twitter.com/Rx62fsFC7h

Another Michelin star restaurant in Dublin city center is Thornton’s, whose five-course tasting menu only costs $80.

In Galway, the restaurant Aniar meaning “From the West” has had a Michelin star since 2013 and the Ox restaurant in Belfast has had one since 2016.

If high-end shopping is on your radar then Ireland’s premier luxury store is Brown Thomas. Just avoid it on the day after Christmas - people come from as far away as Northern Ireland to stand in line at dawn and wait for the sales to begin. If you’re rich but not sure if capitalism is your thing, it’s even selling a Che Guevara t-shirt priced at a trifling $260.

So there are plenty of options. But if your budget doesn’t quite stretch that far then why not read our guide to visiting Ireland on the cheap?

Have you splashed some cash on a special treat while in Ireland? Let us know about your experience of Ireland without a budget in the comments section.