Applying for your Irish passport? It just got easier

A new online chat facility and real-time updates ease the pain of waiting for your Irish passport to arrive. 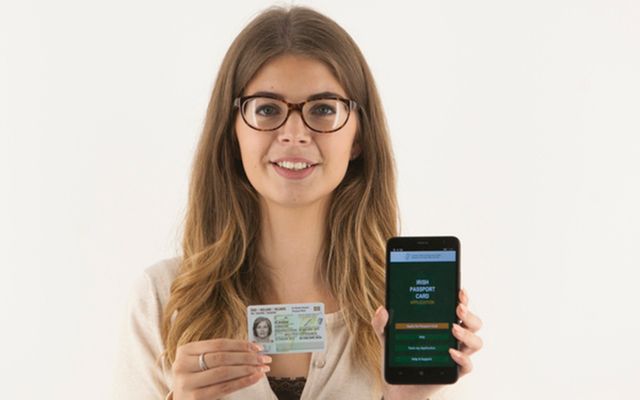 Getting an Irish passport has become even easier with thanks to a streamlined online system. RollingNews.ie

Have you been putting off applying for your Irish passport? Put it off no longer because getting a passport from Ireland is now easier than ever. Whether you’re renewing your passport online or applying for a new one, an application tracking service and chat facility allow you to follow the process every step of the way and ensure you get your passport in time.

Allowing for “real-time” communication with the Irish Passport Office, the service supports a progress bar so applicants can tell exactly how far along in the application process they are.

“The launch of web-chat and enhanced on-line tracking services will significantly improve the flow of information to Passport applicants,” stated Irish Minister for Foreign Affairs Charlie Flanagan of the new development.

“Enhanced tracking means that the applicant now has more accurate and tailored information on when his/her passport will be delivered. It will ease travel planning and reduce the need to contact the passport service for updates.

“If customers have queries, the WebChat channel will provide an interactive reply. This option complements other existing customer service channels including Twitter direct messaging and phone line services.”

The latest improvements to the system come as part of a modernization scheme designed to improve the application process, making it more streamlined and reducing paperwork.

“In 2015 I announced a comprehensive reform program to further modernize passport services and ensure they meet citizens' needs over the next ten years,” Minister Flanagan said.

“The program is scheduled to run to 2019 and has a combined capital and current investment budget of €18.6 million ($20m). It aims to deliver a more efficient, integrated and citizen-focused passport service with an increased emphasis on fraud detection and prevention measures to maintain the integrity of the Irish passport.”

Here's a chart showing how the number of Irish passport applications from the UK has jumped since the Brexit vote https://t.co/xPG4TMGXSD pic.twitter.com/4PaKiklSj6

Apart from extreme exceptions, anybody born on the island of Ireland is eligible to apply for an Irish passport, as are those who have a parent or grandparent who was born in Ireland, even if they themselves were born and have lived overseas all their lives. There are several other ways in which you can be eligible including being married to an Irish citizen or through naturalization.

A record number of people applied for an Irish passport last year, mainly due to a spike after the Brexit vote. Those eligible for an Irish passport from the UK who were concerned about their loss of EU citizenship rushed to apply for an Irish passport so they would still be able to travel and live freely throughout European Union countries. In total, more than 730,000 Irish passports were issued by the Irish passport office in 2016, a 9% increase on 2015. This trend is expected to continue in the coming years as the impact of Brexit becomes more certain.

If you want to know whether you are eligible to apply for an Irish passport and if so, how to go about starting the application process, you can find all the information in our guide here.

Would you consider getting an Irish passport? Have you been through the process before? Let us know how it was in the comments section.