For the first time ever, this Texan city will have a direct service to the Irish capital. 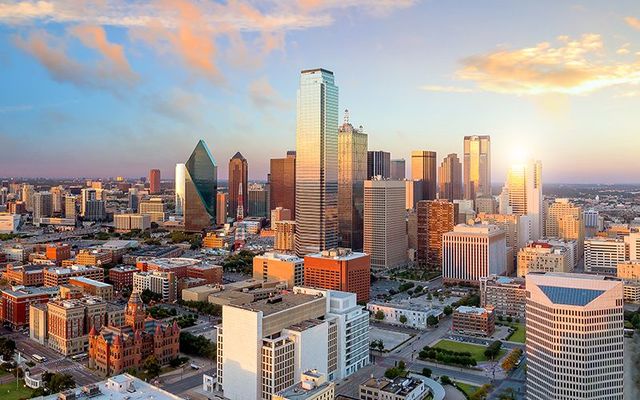 For the first time ever, a direct service between Dallas and Dublin will begin in 2019.

American Airlines have fantastic news for Irish Americans in Texas or those within distance of Dallas Fort Worth Airport, as they launch the very first direct route between Dallas and Dublin.

In June 2019, the direct service will launch, offering a historic opportunity to transport yourself to the Emerald Isle.

Although the transatlantic service will only run seasonally from June 6, 2019, until September 28, 2019, it will see daily flights between the Lone Star State and the Irish capital that is expected to greatly boost Irish tourism from the area.

Yay! More good news for tourism from the US! American Airlines has announced a new Dallas to @DublinAirport daily flight - starting in June 2019 🇺🇸😀

"Today’s announcement is more good news for tourism to the island of Ireland as we prepare for 2019," said Niall Gibbons, CEO of Tourism Ireland, said on the launch on August 21.

"We already work very closely with American Airlines and we look forward to cooperating with them to maximize the promotion of this new service from Dallas.

"As an island, the importance of convenient, direct, non-stop flights cannot be overstated – they are absolutely critical to achieving growth in inbound tourism.

"2018 looks set to be another record year for Irish tourism from North America, with the latest CSO figures showing more than 1 million arrivals from the United States and Canada during the first half of the year – an increase of +10.7% when compared to the same six-month period in 2017.

Grab your plaid and lederhosen. We're headed to Dublin and Munich next year! pic.twitter.com/XDcttzmWa4

"Today’s announcement is really positive and augurs well for prospects for tourism from North America to Ireland in 2019 and beyond."

Dallas is now remarkably Dublin Airport’s 22nd North American destination, as transatlantic travel from the Irish hub continues to grow at speed. It recently opened an $18.5 million (€16 million) transfer hub catering for connecting passengers and it is thought that the Dallas route could also see passengers making a pitstop in Ireland.

“This new route is great news for tourist businesses throughout the country, as it will open up a new direct market for inbound business and leisure visitors from the United States,” said Vincent Harrison, the airport's Managing Director.

We are delighted to welcome the announcement from @AmericanAir that it is to operate a new Dublin-Dallas Fort Worth summer service from next June.
Details here: https://t.co/SiLC4Pzw6V pic.twitter.com/ZgUSDxQxfG

The route is also hoped to bring more Irish travelers to Texas.

“We want to thank American Airlines, one of our city’s largest employers, for adding to our repertoire of international flights out of DFW Airport, the fourth busiest airport in the nation,” added Fort Worth Mayor Betsy Price.

“These additional flights to Dublin and Munich add to our ongoing efforts to promote tourism, expand economic opportunities and foster business relationships.”

From what other airports in the US would you like to see a direct service to Ireland? Let us know in the comments section, below.