The Irish airline launches another summer daytime flight to Ireland. 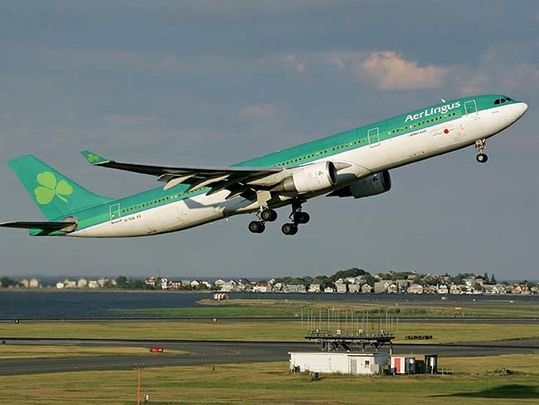 Tired of red-eye flights? Then you’ll be excited to hear the latest from Aer Lingus.

With the addition of the noon service from New York, Aer Lingus now operates up to four daily flights to Ireland; three daily to Dublin and six flights per week to Shannon. The return flight, EI 103, departs Dublin at 07:50am and arrives into JFK at 10:20 am local time.

As part of the re-launch of its business class service, Aer Lingus has opened a new business lounge at John F. Kennedy airport, exclusively available to Aer Lingus Business Class customers and Gold Circle members. The lounge offers an oasis of calm within a busy terminal, a business centre with complimentary Wi-Fi and a pre-flight dining service offering the very best of modern Irish cuisine, to name but some of the benefits. In addition a new Arrivals lounge, named ‘Revival Lounge’, has opened at Dublin airport allowing Aer Lingus business guests arriving from North America the opportunity to freshen up before leaving the airport.

Overall long haul capacity will increase by 18.4% per week in the peak summer including:

• a new four times weekly service from Washington-Dulles to Dublin which commenced in May; the service has been extended to operate to 4th January 2016

• an increase in frequency on the Orlando to Dublin route from three to four flights per week, from 1 May 2015

• a 20% increase in capacity on the Boston to Shannon route for twelve weeks in the peak summer period, June through August

Transatlantic travel has never been as convenient for Aer Lingus customers thanks to the Pre-clearance available at Dublin and Shannon airports. Aer Lingus continues to enhance connecting flows between North America and Europe meaning customers can choose from over 70 onward connections across Europe.