Have you heard of Hurlacrosse? The new sport which combines hurling and lacrosse

The initiative aims to spread awareness of hurling in the US and lacrosse in Ireland. 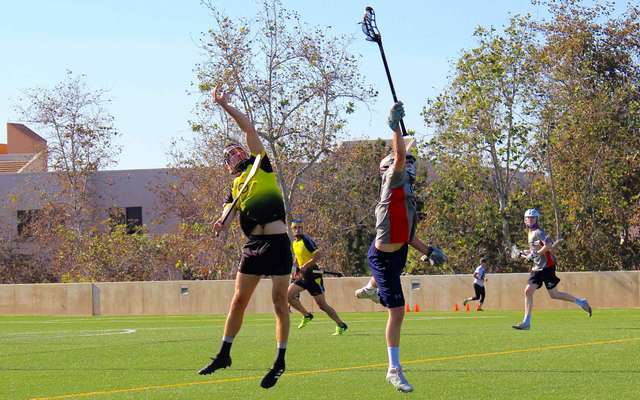 The initiative aims to spread awareness of hurling in the US and of lacrosse in Ireland.

Now we've seen everything! The very first US-based hurling versus lacrosse match, dubbed "Hurlacross," was played on November 3, 2018, between the OC Wild Geese and Team Eire Lacrosse in Los Angeles and we're not sure why it's taken this long to happen.

Take a look for yourself at the lifestream here:

"This event was initially suggested to me in 2015 by Tony Devine, who is a director of Ireland Lacrosse," organizer and founder of Play Hurling,  David Wogan, told IrishCentral.

"And it has been at the back of my mind ever since, so I'm excited to finally put our plans into action!

"A 'Hurlacrosse' match has actually been played before, which was hosted by Darmstadt GAA in Germany last year. Tony and myself had connected in 2015 and discussed the idea for doing a compromised rules match. This year we decided to finally commit to flying Team Eire Lacrosse to Los Angeles and putting on a game that people can enjoy at Ireland Week.

"During the summer, the coach of Team Eire Lacrosse sent us a lacrosse stick and in exchange, we sent them a hurl and sliotar so we could familiarize ourselves with each other's sports, and so far it's been an exciting collaboration."

"It was a huge success!" added Wogan after the November 3 game.

"The two sports flowed perfectly together in a high energy, fast-paced game. It was fantastic to play in such a game and those who were in attendance loved every moment of it. We've already started planning for next year!"

What do you reckon? Would hurlacrosse ever catch on? Let us know in the comments section, below.