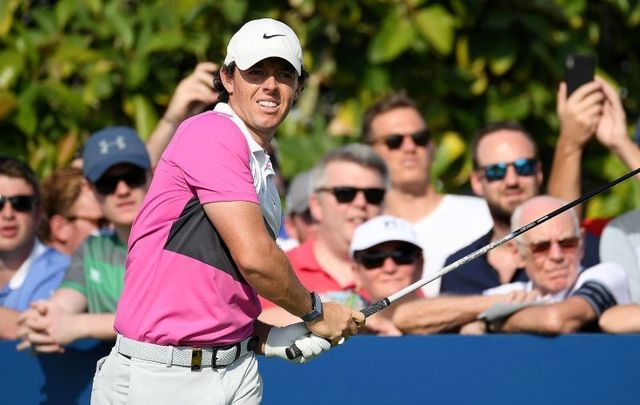 *Editor's Note: This column appeared in the September 9 edition of the Irish Voice newspaper, sister publication to IrishCentral.

This hasn’t been the best of years golf-wise for Rory McIlroy, but that matters not as the Northern Irish golfer and his wife Erica welcomed their first baby, a daughter they named Poppy Kennedy McIlroy, on August 31.

The proud dad made the birth announcement on his Twitter on September 3. Poppy arrived at 12:15 p.m., and she was born in Jupiter Medical Center in Florida. “Mother and baby are doing great,” Rory added, together with an artsy black and white photo of himself holding the newborn’s finger…no sign of her little face, unfortunately.

Poppy Kennedy McIlroy, born August 31st, 12:15pm. She is the absolute love of our lives. Mother and baby are doing great. Massive thank you to all the staff at Jupiter Medical Center and Dr Sasha Melendy for their amazing care ❤️❤️❤️ pic.twitter.com/IwFeGf8rod

So where’d the name Poppy come from? Rory elaborated last week when he briefly left his wife and baby to take part in the Tour Championship in Atlanta.

“We just really liked it. I have a cousin of mine, her daughter is named Poppy. We know a few other Poppys. And we just really love the name,” he said.

“We were sort of trying to go through a lot of the flower names, Rose, Iris, all those things. My mom is a Rosie, so we were sort of like, that mightn't work.

“We wanted to go with something that was pretty unique, maybe more common back where I'm from, but we landed on Poppy and we loved it.”

Poppy and Erica are safe and sound, which means Rory can focus on his golf game. “The fact that all that went well and everyone is good and recovering at home, I feel more comfortable now that I can come out here and play golf and maybe get my mind off it for four or five hours a day, and that's a nice thing. And then obviously I can get a couple of good nights' sleep before I go home,” he said.